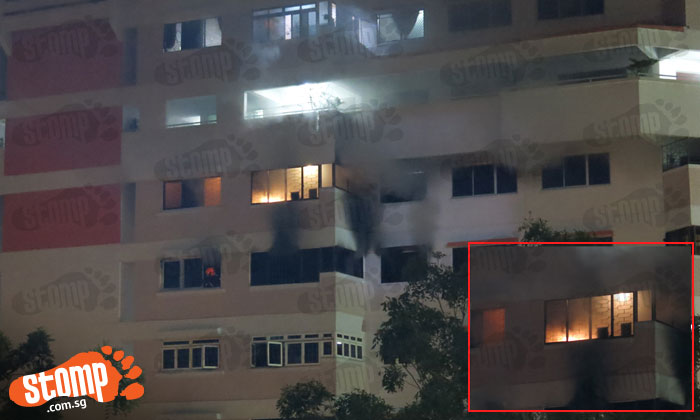 They also sent in photos showing the blaze.

Said one of the Stompers:

'By the time I saw it, the Singapore Civil Defence Force (SCDF) and Police had already arrived.

"I will say I was surprised. I didn't expect to see this happen, but at the end of the day I'm really proud of the Civil Defence team for doing a good job, and putting out the fire really really fast!"

According to a spokesperson from SCDF, they were alerted to the fire at around 8.40pm.

SCDF dispatched two fire engines, one red rhino, one ambulance and two supporting vehicles to the scene, and put out the fire using one water jet.

Although four people were accessed by paramedics, none were sent to the hospital.

Forty people were evacuated by the police during the fire, and investigations by the SCDF are still ongoing.