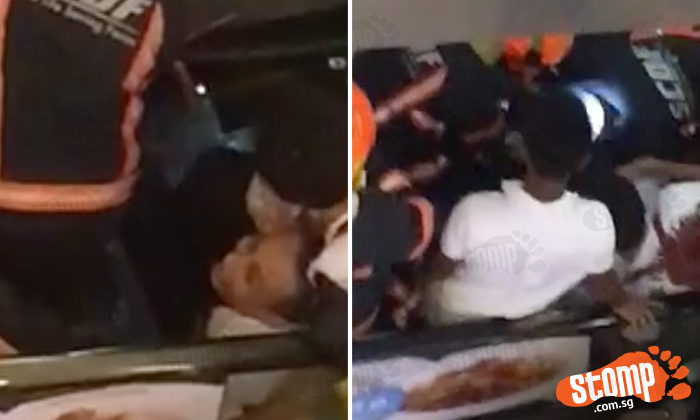 A man got his foot stuck between the plates of an escalator in Bugis Junction yesterday (Nov 16) at about 9pm.

Stomper Maohuan, who was among the first responders on scene, took a video of the incident and submitted it to Stomp.

"The guy was in a formal attire with jacket & tie with leather shoes.

"He looked to be in his thirties.

"The victim was then conveyed to hospital conscious after the incident."

"SCDF was alerted at 9:16pm yesterday (Nov 16) and dispatched one fire engine, one Red Rhino, one ambulance and one support vehicle.

"SCDF released a Malay man in his twenties, using hydraulic rescue tools and he was conveyed to the Singapore General Hospital."

Watch the video of the rescue efforts below.