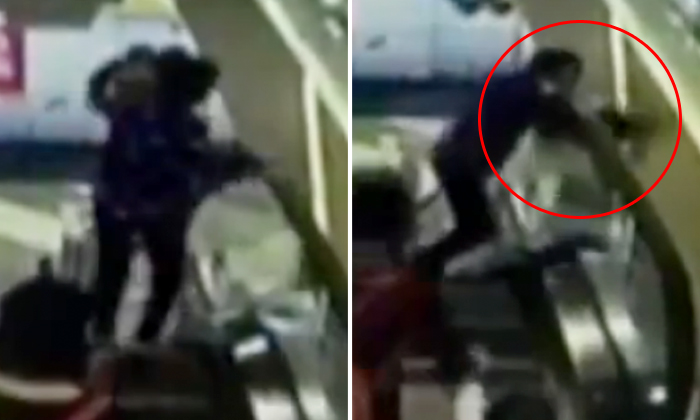 A four-month-old baby boy died after falling from an escalator on the third storey of a Shanghai shopping mall on Friday (Nov 11).

According to online reports, the incident took place at Wu Yue plaza in Qingpu district of Shanghai, at around 2.30pm.

Shocking CCTV footage circulating online shows the grandmother, who is carrying the baby in her arms, stepping onto an escalator that is going downwards.

Tragic: 4-month-old boy fell to death from #escalator after his grandma holding him lost balance and dropped him from 3rd floor pic.twitter.com/5ucHgloq2F

She then trips and loses her balance, causing the infant to fall over the side of the escalator as she loses hold of him.

The boy's mother was walking behind with her daughter when the incident occurred.

Staff at the mall called for an ambulance and the baby was rushed to the hospital.

He had been in critical condition and was later reported to have died from his injuries.