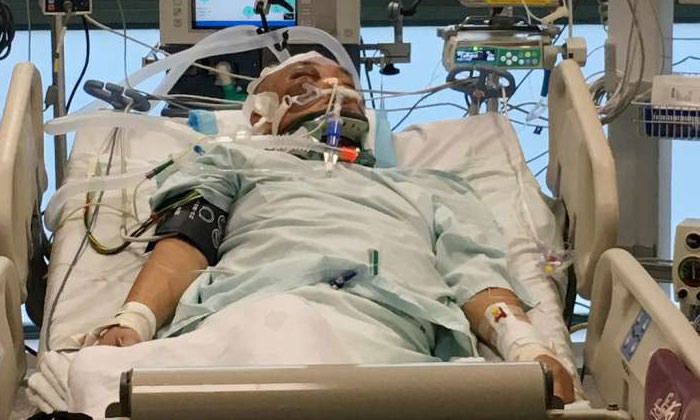 A 64-year-old retiree is in intensive care after falling down an escalator at Bishan MRT station last Saturday (Nov 12). Mr Lim Chwee Leong remains in a coma at Tan Tock Seng Hospital, and his son is worried about his chances of recovery.

Mr Lim Ka Hock, 46, told The Straits Times on Tuesday (Nov 15) evening that his father, who has diabetes and high blood pressure, underwent surgery right after the accident to remove a blood clot in his brain.

"The wounds would take a long time to heal because of his medical conditions," said Mr Lim, a freelance contractor.

While doctors have told him that his father's condition is now stable, he added: "I've prepared myself for the worst."

SMRT has said it is investigating the accident. Its spokesman, Mr Patrick Nathan, added: "We are sorry this has happened. We are in touch with the family and providing assistance as best we can."

The retiree was near the station's Exit D when the incident happened at about 11.30am. Police were alerted shortly afterwards, and found him injured. He was unconscious when taken to hospital and it is not known if there were witnesses.

Mr Lim, who was self-employed before he retired, lives in Bishan with his three children and seldom ventures out using public transport, said his son.

"I just want to know how this incident happened, so that it can prevented in the future," said Mr Lim, who does not intend to seek compensation.

In August, the Land Transport Authority and SMRT announced plans to lower the speeds of escalators at train stations, following a recommendation, to make it safer for senior citizens.

Work began in August to modify 233 escalators in 42 of 54 stations along the North-South and East-West lines. It is due to be completed by 2021.