Supermoon have left the skies? But check out these awesome moonshoots on Nov 15! 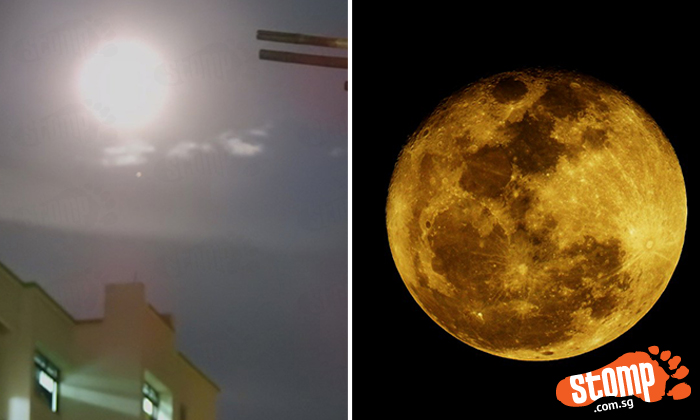 While many spirits were dampened by the non-sighting of the elusive Supermoon, another important event has occurred —- the waning gibbous moon.

According to EarthSky, a waning gibbous moon is a moon that appears as less than full but more than half lighted.

Stomper Kannan managed to capture pictures of the moon from Woodlands at 9pm.

“ The waning gibbous moon shine close to the brightest star in the constellation of Taurus known as ‘Aldebaran’.

“ This star is also referred to as 'Alpha Tauri', a giant orange star which is said to be located some 65 light years from the Sun.

“ It is also believed to be the brightest star in the constellation of Taurus and we will be able to see the moon and this star crossing the night sky till dawn today (Nov 16).

If you have any photos of the waning gibbous moon, do share with us by sending an email to stomp@stomp.com.sg

Related Stories
Check out the biggest Supermoon in 70 years: In Singapore tonight from 6.46pm to 9.52pm
Surreal photos of the moon seen in the skies of Woodlands that will leave you mesmerised
Check out Stompers' photos of the Supermoon from all over Singapore and beyond!
Waning gibbous moon
moon
supermoon