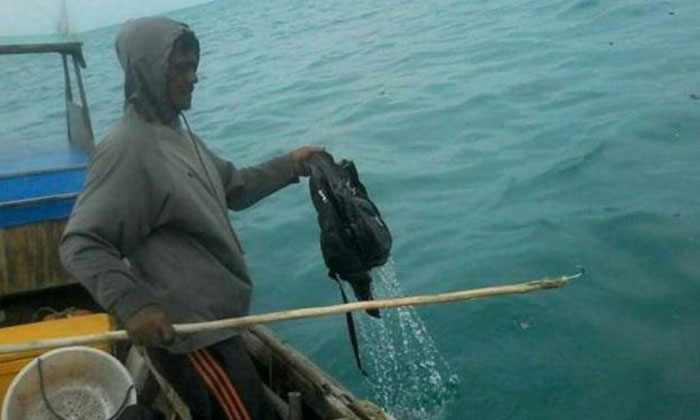 He had gone off to work on Wednesday night and was expected to get home the next morning.

But the engineering officer with PSA Marine was reported missing at 1.46am on Thursday after he fell into the sea.

On Friday afternoon, Mr Ilzam Odit's body was found floating in waters around the small Indonesian island of Karimun Anak, according to Indonesian news reports.

He had been working at Banyan Basin, off Jurong Island, but the circumstance of his fall into the waters is not known.

The New Paper understands that Mr Ilzam, who had been with PSA Marine for about five years, usually worked the 9am to 6pm shift.

The sole breadwinner, 53, leaves behind his wife and two children.

When TNP visited his home in Sengkang yesterday, a young man believed to be Mr Ilzam's son, who looked to be in his early 20s, declined to be interviewed.

The Sunday Times reported there was a crowd of mourners offering their condolences to the family on Saturday morning.

A neighbour, who asked not to be named, told TNP that Mr Ilzam was a "friendly and nice man".

"His family would give us food during the festive occasions," said the neighbour of about a year.

"Even though we were not close, we would always greet one another."

A PSA Marine spokesman said: "PSA Marine's management extends its deepest condolences to Mr Ilzam Odit's family and will continue to work with the relevant government agencies to provide assistance and support to his family."

The company also thanked Indonesian and Singaporean agencies for their assistance in the recovery and return of the body to Mr Ilzam's family.

The spokesman added: "The incident is under investigation and we are not able to provide more details at this time."

He was identified by his identity card.

A Ministry of Foreign Affairs spokesman said that the Singapore consulate in Batam "is in touch with the Indonesian authorities over this incident and is providing the necessary consular assistance to the family".