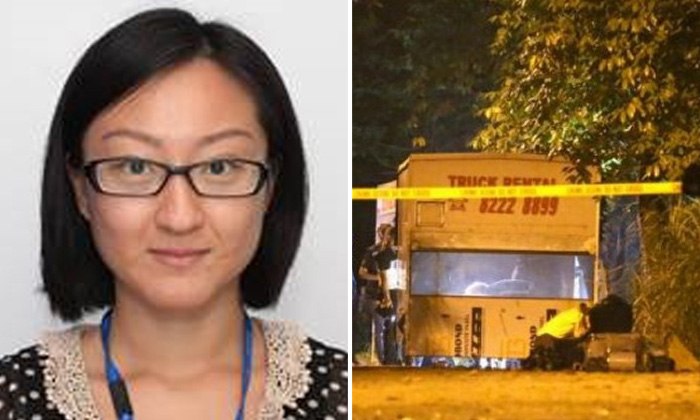 The body of 31-year-old woman who was missing has been found in Lim Chu Kang, and a 48-year-old man has been arrested by police in connection with her death.

The Singapore Police Force (SPF) sent out a public appeal last Thursday on Ms Cui Yajie's whereabouts, who was last seen around Fusionopolis Walk on Monday last week, at about 9.15pm.

According to The Straits Times, a missing person report was filed the next day after Ms Cui, an engineer, failed to show up for work

Noting that there were "suspicious circumstances" relating to the case, police officers from Clementi Division worked with the Criminal Investigation Department and Police Intelligence Department to conduct investigative probes and enquiries.

Officers from Clementi Division, the Criminal Investigation Department and Police Intelligence Department worked together and succeeded in establishing the identity of the suspect.

The 48-year-old man led the police to Lim Chu Kang Lane 8 after his arrest, where they found what is believed to be the remains of the missing woman.

He then took police officers to a deserted road along Lim Chu Kang Lane 8, where Ms Cui's remains were found.

Last night, the site at Lim Chu Kang was heavily cordoned off by the police, as officers armed with flashlights and cameras worked to recover the remains of the body.

A Health Sciences Authority forensics team joined them later but left at about 1am.

The New Paper understands that no weapon was involved in the murder, and an autopsy will be conducted to determine the victim's identity.

A woman believed to be a colleague had posted an appeal for witnesses on Tuesday online.

According to the post, Ms Cui works as an engineer at a semiconductor company.

She was described as a cheerful and warm person who makes friends easily.

The 1.6m-tall woman from Tianjin, China, was wearing a black blouse and a green skirt when she went missing. She had stayed back at work until 9pm.

She did not arrive home or go to work the next day.

TNP understands that Ms Cui's family, who is in China, is on the way to Singapore.

The suspect will be charged in court today (July 21). If convicted, he faces the death penalty.