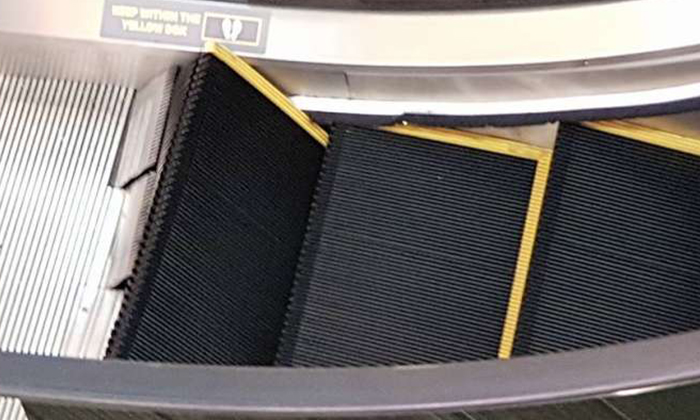 A couple with a baby in a stroller dodged a bullet, when the escalator they were on seconds before buckled behind them at White Sands Shopping Centre yesterday (Jan 21) at around 4.35pm.

The incident reportedly took place on a escalator between the second to third floor of the shopping mall, reports The Straits Times.

The mall’s management team took immediate action and were on site at 4.40pm.

No injuries were reported, but the escalator was cordoned off for the safety of the shoppers.

“We are presently working with the authorities and our service provider, Otis, to investigate the cause of the incident. The escalator will be closed till further notice.

“Even as this is an isolated incident, we are taking all precautions and conducting additional safety checks and monitoring for all escalators in the mall.”

She also stated that the escalators undergo monthly inspections and the affected escalator was last serviced in December.

She also added that the mall has been working with Otis to ensure the maintenance requirements by Building and Construction Authority (BCA) are met.

According to BCA’s advisory on escalator safety, shoppers with prams, strollers or bulky items are advised to use lifts instead of escalators.