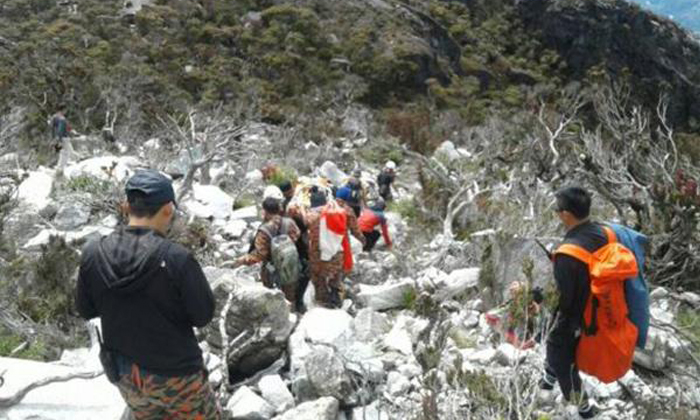 A Singaporean climber, who was reported missing while training for the Mount Kinabalu climbathon early Saturday, has been found dead.

Woon Tai Kiang was found in a 150m deep ravine near Sayat-Sayat which is the last checkpoint before climbers make their way up to the summit.

The victim's body was discovered by Mountain Search and Rescue (Mosar) personnel at about 7.30am Sunday.

It is believed that Woon died after sustaining serious head injuries when he slipped off the trail and fell into the ravine.

However, the rescue team has yet to confirm the cause of death as they are still making their way down from the mountain.

More details are expected to be known later this afternoon.

The annual Mount Kinabalu International Climbathon, which was put on hold for one year following the June 5 earthquake in 2015, will be held on Oct 16.