S'porean man dies trying to save daughter at JB waterfall: 'He was a great dad' 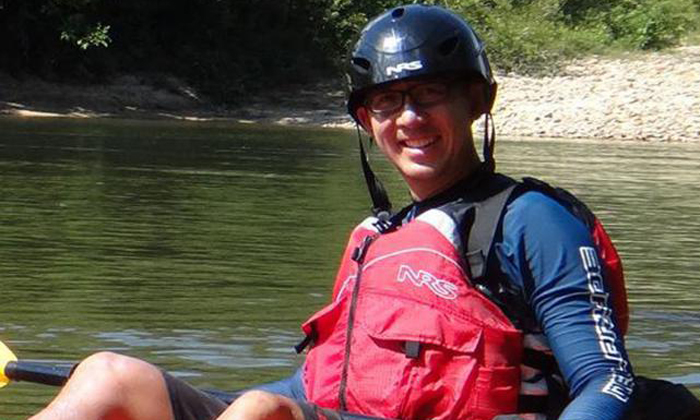 He was caught in a drama in 2010 when two of his friends went missing for six hours in a kayaking expedition in the Philippines.

The Singaporean suffered serious head injuries after a 20m fall from a ledge at a waterfall in Kulai, Malaysia.

He was with his wife, Madam Chua Soon Hoon, 46, and their daughter, Rachael Cho Che Xin, seven, at the Gunung Pulai waterfall - a nature spot about 40km from Johor Baru. It is popular with Singaporeans and locals.

Kulai police chief Supt Razak Md Said told Bernama that the group had started their jungle trek at 7.45am.

Instead of using the provided route to go up to the waterfall, they decided to hike up steep terrain along a stream, reported The New Straits Times.

The accident happened when Rachael slipped from the ledge, which was about 20m high with big rocks beneath it.

Her parents tried to save her, only to fall off as well, reported The Star.

However, Bernama reported that only Mr Cho fell, and his wife went down the slope to look for him. There was no mention on whether Rachael had fallen.

The Kulai Fire and Rescue Department received a call for assistance at 12.55pm.

A team of six rescuers found Mr Cho and his two family members at the foot of the hill.

He was pronounced dead by a paramedic. The other two victims were injured but conscious. They were then taken to a hospital.

Mr Cho's friend of 10 years, Mr Sim Cher Huey, who owns kayakasia.org and is in his 40s, told The New Paper yesterday that Mr Cho loved the outdoors and was very fit.

"We shared many wonderful experiences together, especially in kayaking. I last saw him in Nepal last September, where we spent eight days paddling down the Sun Kosi river.

"I paddled with him and his family for many years. I've seen Rachael grow up, from a non-swimmer to swimmer; a non-kayaker to probably the youngest person to have paddled Endau River, Krabi, Sun Kosi River...

"She has a marvellous dad," he said.

In 2010, the two friends, along with nine others, were kayaking off the islands in northern Philippines when strong winds and choppy waters wreaked havoc.

After they got separated, Mr Sim and another kayaker decided to row out to sea to search for their teammates, only to lose contact with the others when their radios stopped working.

It was six frantic hours later when a combination of quick-thinking on the part of fellow kayakers to alert a cargo ferry and good fortune ensured that all were unharmed.

Also in the group was Mr Chan Tau Chou, a senior producer and reporter based in Kuala Lumpur, who was shocked when told of Mr Cho's death yesterday.

"David was a great guy.

"All the times we paddled together, he was always observing what was happening and calm. He was a very strong paddler.

"He was also a good-natured person, one who always saw the funny side in things, and one who was always very helpful," he said.

Said Mr Sim: "It is very sad for me and the kayaking community that David passed away so young, leaving behind his wife and daughter."

A Ministry of Foreign Affairs spokesman said the Singapore Consulate-General in Johor Baru visited the injured Singaporeans in hospital yesterday. They have since returned to Singapore.

He said the Consulate-General will continue to provide assistance to the family.

At least three other Singaporeans died in water-related misadventures while overseas this year.

In February, Mr Mohamed Rafee Kamal Batcha, 43, was trekking up the 2,200m-high Mount Tahan in Malaysia, when he was swept away while crossing a river at the base of the mountain.

His body was found more than two hours later, some 5km from the spot he was last seen.