"I'm going to kill him": Female passenger gets into fight with cabby after refusing to pay $6 fare 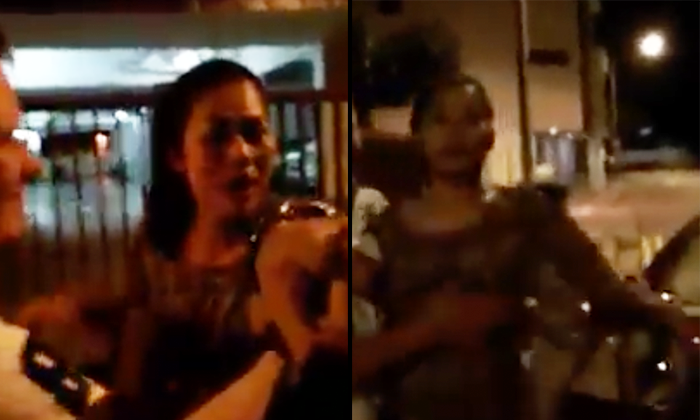 What will you do to evade paying a taxi fare? If you are this lady, getting into fights is not off limits.

A video posted by Boo Guan on All Singapore Stuff shows a woman arguing with a cab driver over the fare... which was $6.

The woman yells at the driver to "call police, I'm going to kill him," while a man, who she later calls "her husband", tries to restrain her.

The videographer tells her not to run and promises to make her "famous" online.

The woman also hits the videographer before saying, "It's f**king two dollar".

She later tells the cameraman that she will pay him four dollars and "her husband will go to seven eleven to get more two dollar".

However she seems to change her mind and walks off, saying, "I don't care".

Related Stories
Police called in after 'professor' gives cabby $1 tip -- then tells him to 'step out and show respect'
Woman argues with cabby for taking wrong turn then returns with fiance who repeatedly punches him in the face
CEO slaps cabby after he refuses to pick him up because he was drunk
More About:
fight
taxi
taxi fare
fare jumper