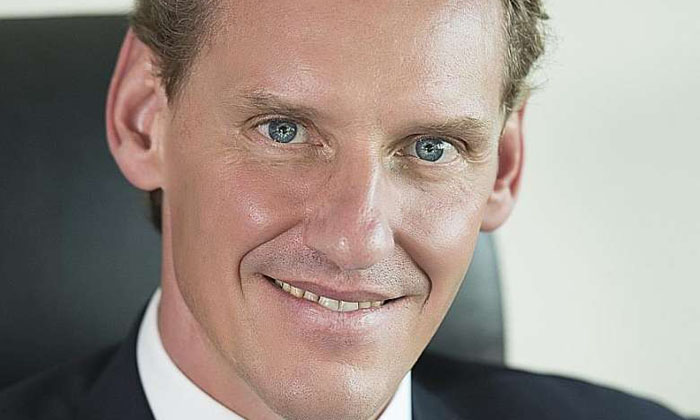 A drunk German chief executive was given two weeks' jail and fined $1,000 for slapping a taxi driver and kicking his vehicle after the cabby had declined to pick him up.

Jochen Thewes, 45, of DB Schenker Logistics (Asia Pacific), had earlier paid $2,950 in compensation to the driver and apologised to him in court. He also paid $250 for repair work on the damaged cab.

Thewes, who was fined $1,000 for causing damage to the taxi, is appealing against the conviction and sentence over the charge of causing hurt by slapping.

At about 3.50am on Sept 24 last year, cab driver Malcolm Xu, 33, was at a taxi stand at Tan Tye Place, Club Street, when he declined to pick up a drunk-looking Thewes. Thewes then walked over to the driver's side and kicked the locked door.

When Mr Xu opened his door to check the damage, Thewes pushed him and slapped him on his left cheek. Mr Xu suffered a bruised and bleeding nose, and was treated at a private clinic the next day.

Mr Xu testified in court that he thought Thewes was drunk, which was why the cab ahead of his vehicle at the taxi stand did not want to pick him up and had driven away .

Thewes appeared unhappy and frustrated, and hurled vulgarities at him when Mr Xu explained he could not pick him up as he was headed east to change shift and not to the destination sought by Thewes.

Deputy Public Prosecutor Stephanie Koh argued that Mr Xu's evidence was consistent with video footage in the area and that Thewes was inebriated after a night of drinking and had approached cabs intending to go to another place.

Mr Xu did not " exaggerate or embellish" his account, which was supported by other evidence, she said.

District Judge Salina Ishak was convinced, noting in judgment grounds released yesterday, among other things, that closed-circuit television footage showed Thewes behaving in a "drunken and unruly manner". She ruled that Thewes lacked credibility in court when his defence was simply that he was too intoxicated to remember what had happened.

In mitigation, Thewes, through his lawyer Selva K. Naidu, acknowledged that it was shameful for him to have behaved in the way he did and said he had learnt his lesson.

Mr Naidu added that this was a brief incident and there was early compensation paid for the victim's injury and damage to the car.

The judge, in finding Thewes guilty, pointed to aggravating factors which warranted a two-week jail term.

"This was a case of an unprovoked assault by an intoxicated offender on a public transport worker in the course of his duty in the wee hours of the morning," she said.