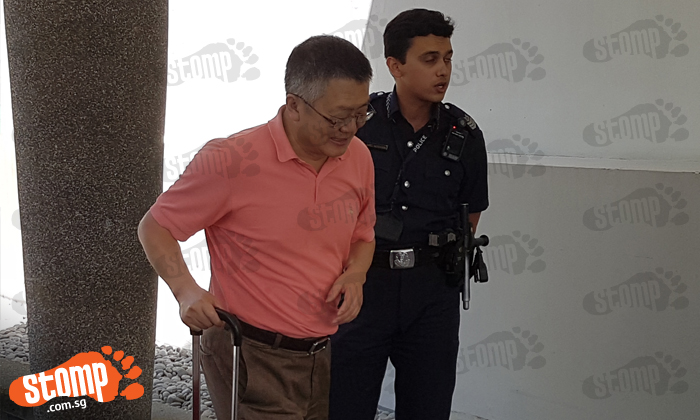 Stomper Cabby was left with no choice but to call the police after a dispute with a passenger yesterday (June 28).

He had picked up the man at the airport and dropped him off at the LKY School of Public Policy in Bukit Timah.

According to the Stomper, the total fare amounted to $21 and the passenger gave him $100.

When the cabby wanted to give the passenger his change of $79, the latter only took $78 and left the remaining $1 as a tip.

However, things took a strange turn after that.

"I don't know what happened but the passenger suddenly asked me to step out and show some respect.

"He said that he is a professor and has been in Singapore for eight years, and that this was a worldwide practice.

"I said I would return him his $1, and he said he would take it back but still insisted that I step out.

"He refused to exit my taxi and even called my company to complain."

The Stomper said he was 'getting a headache' at this point, as he wanted to continue driving but was being delayed.

Hence, he called the Police and they arrived 20 minutes later.

A video contributed by the Stomper shows the passenger repeatedly asking him to 'step out'.

He also added that he did not do or say anything that might have led to the bizarre confrontation, and had even said 'thank you' to the passenger after being given the $1 tip.

In response to media queries, a spokesperson for the Police told Stomp:

"Police received a call on 28 June at about 1.22pm, requesting for assistance at 469 Bukit Timah Road.

"Upon arrival, it was established that a case of dispute had occurred at the said location.

"The parties involved were advised to keep the peace and they complied.

"No further Police assistance was required."