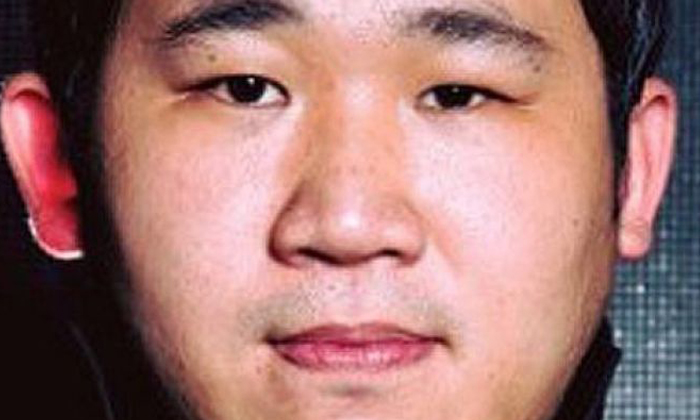 She had an argument with the taxi driver and tried to leave without paying. The cabby, however, managed to grab hold of her handbag before she exited the vehicle.

She returned a while later with her fiance, who then bashed up the cabby and left him with multiple injuries, including a fracture to his right eye socket.

Yesterday, Desmond Poh Jia Jun, 25, who worked as a DJ at a club, was jailed 10 months for one count of voluntarily causing grievous hurt to the cabby, Mr Richard Long, 51. Two other charges were taken into consideration for sentencing.

She initially directed him towards Clementi but changed her mind during the journey and told him to return to the coffee shop.

Mr Long then made a wrong turn, prompting Ms Tay to shout at him. She said she had a right not to pay the fare.

On her request, Mr Long stopped the taxi at the junction of Syed Alwi Road and Townsend Road, and Ms Tay alighted without paying.

But Mr Long grabbed hold of her handbag, insisted she pay for her fare and said he would wait for her inside the taxi until she came back. He called the police.

Poh was arrested later that day and released on bail, but got himself into more trouble when he punched another man near St James Power Station in January this year.

Yesterday, his lawyer, Mr Thangavelu, said in mitigation Ms Tay had gone to Poh claiming the taxi driver had stolen her handbag and had molested her. He added Poh lost his presence of mind when he confronted the taxi driver.

But Deputy Public Prosecutor (DPP) Daphne Lim pointed out there was no police report lodged by Ms Tay against Mr Long about the alleged molest. She said that Poh thuggishly and brutally assaulted the taxi driver without giving him the chance to explain.