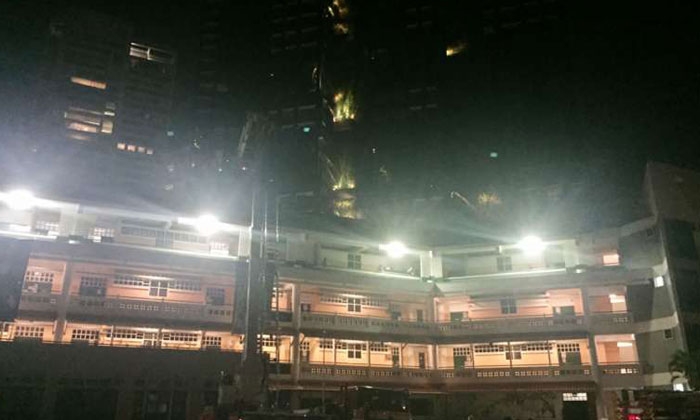 Ms May Tan, the school's deputy principal, was in her ground-floor office when the fire alarm went off at around 7.30pm. Upon smelling the smoke, she rushed to the science laboratories situated on the fourth floor of the school.

"The smell of smoke was stronger and while I didn't see flames, I saw an orange glow in a science lab," Ms tan told The Straits Times.

One of the staff members alerted the police and the Singapore Civil Defence Force (SCDF).

The school immediately made an announcement for everyone in the school to evacuate to the foyer at the ground floor, however most students and staff had already gone home as it was late.

According to the report, the SCDF was alerted to the fire at around 7.30pm.

By the time the officers arrived, 17 school staff had evacuated on their own, reported SCDF.

The fire was extinguished shortly after the SCDF team arrived.

SCDF sent three Red Rhinos, a fire engine and three support appliances to the scene. The cause of the fire is being investigated.