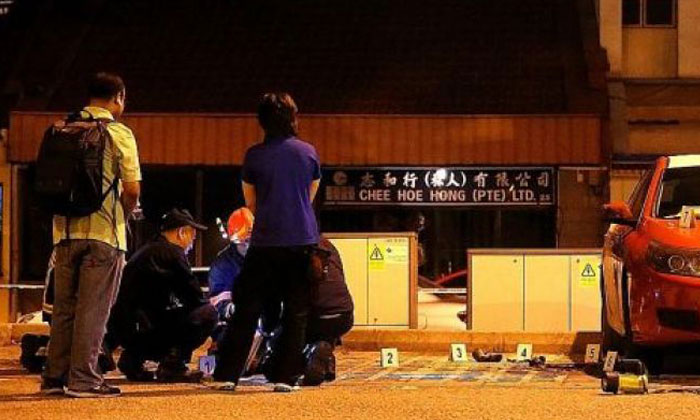 He had a long history of depression, having been diagnosed with it in 1976.

When he was sacked from his job earlier this year, he decided to kill himself by setting himself on fire in an open-air carpark at Lorong Bachok in Geylang at around 10pm on May 31.

In an inquiry into his death yesterday, State Coroner Marvin Bay said Mr Tan appeared prone to taking extreme measures to express his mounting despair from the obstacles in his life.

Coroner Bay, who ruled his death as suicide, added: "Mr Tan was an impulsive individual who has had documented antecedents with the criminal justice system in the past, and seemed ill-equipped to manage his arising work problems and personal crises in a considered, balanced and rational manner."

The coroner said that Mr Tan was first examined at Changi Prison Hospital on Jan 12, 1976. He had been referred there for insomnia, low mood and attempted suicide.

He was diagnosed with reactive depression and received treatment from an IMH visiting psychiatrist. Court papers did not mention why he was in prison at the time.

Ten years later, he was charged with rape and was remanded at the same hospital for a psychiatric assessment. He was found to be depressed, said Coroner Bay.

Court papers did not mention the outcome of the rape case.

Mr Tan had no family members here and he had thought about committing suicide about five years ago.

His long-term benefactor, Madam Teo Kim Hong, recalled spotting him carrying a metal container filled with either kerosene or petrol.

He told her that he wanted to die because he had no place to stay after he was evicted from his Lorong Bachok home.

She managed to dissuade him and offered him a place to stay at a fitness centre on the same road. He also managed to find a job at a coffee shop at Block 119, Aljunied Avenue 2.

Coroner Bay said: "In the past five years, Mr Tan had never posed any problem to Madam Teo and appeared able to take care of himself and also secure gainful employment."

But in May this year, he had a dispute with a colleague over work matters. He admitted to Madam Teo that he had assaulted her because she "talked bad about him".

He could not find another job after his then-boss sacked him on May 11.

Mr Tan did not return to the fitness centre after May 27.

When he finally showed up four days later, he told Madam Teo about his plight, thanked her for everything she had done for him, and cryptically told her to read the following day's newspapers.

About an hour later, Madam Teo heard a commotion at the carpark and found out he had set himself on fire. Mr Tan died of extensive burns at Tan Tock Seng Hospital on June 1.

If you are in emotional distress, you can get help from: