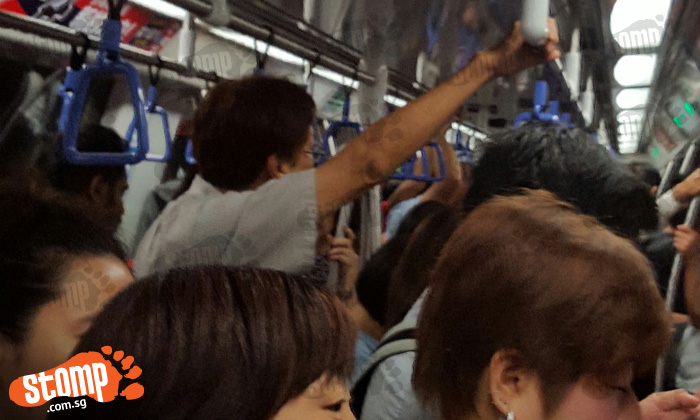 Another day, another train delay.

Commuters travelling on the North-East Line experienced a train delay this morning (Nov 1).

Stomper Cin was at Sengkang MRT Station at 9.12am and recounted what she saw to Stomp:

"At first, I saw that the train doors were open, and everyone was rushing to get into the train.

"Strangely, the train did not move, and remained stationary for the next ten minutes or so. The commuters looked frustrated, and a few actually stepped out of the train in a hurry," she added.

According to the Stomper, the train delay did not just affect the commuters who were heading towards Harbourfront MRT Station, but also the commuters in the train bound for Punggol.

Some commuters eventually took to Twitter to express their frustration at the train delay.

"Train fault?! I'm stuck in between Kovan and Serangoon."

As of 10.30am, SBS Transit Ltd has yet to comment on this situation.

It is unclear what could have caused this rather unexpected train delay.