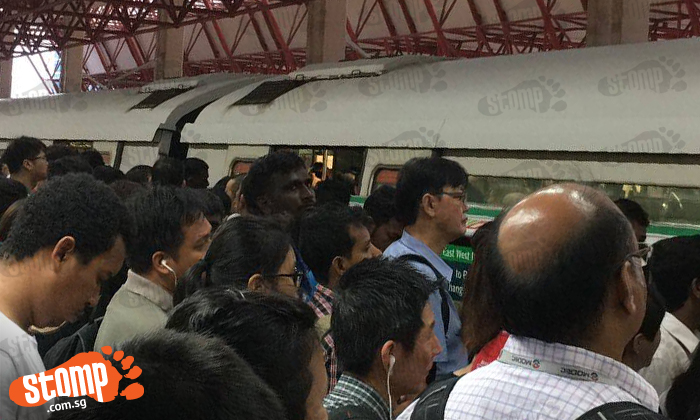 A train fault on East-West Line at Jurong East and Clementi stations today (Oct 25) morning was the third glitch commuters of the East-West Line experienced in a week.

Stomper Sujata was at Jurong East station during the morning rush hour when he saw crowds of commuters at the platform, frustrated at the delay.

According to The Straits Times, SMRT's vice-president for corporate information and communications Patrick Nathan said in a statement that an east-bound train leaving Jurong East station had encountered a signal fault at about 6.50am.

Last Tuesday, a track fault caused delays of up to 20 minutes between Tanah Merah and Bugis stations.

Four days ago, on Oct 21, commuters also encountered a train fault on the East-West Line and resulted in delays from Queenstown to Jurong East stations towards Joo Koon.

As of today, 10.45am, while many took to social media to rant about the train delay, SMRT has yet to release a statement on both its Facebook and Twitter pages.