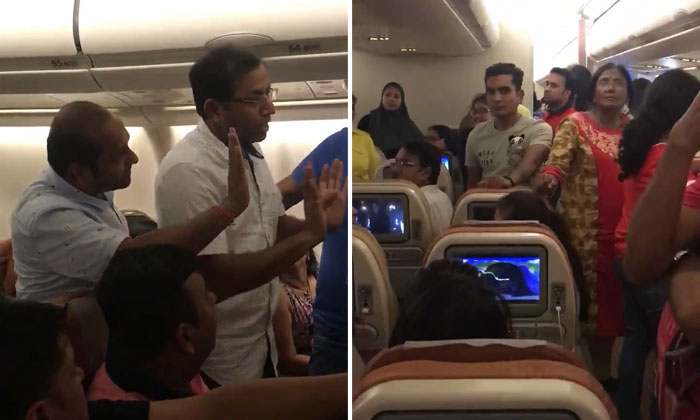 Singapore Airlines (SIA) has apologised after a passenger posted an account on Facebook about how she, her family and other passengers were "trapped" on board flight SQ516 at Changi Airport for about three hours without any air-conditioning.

Chandni Doulatramani wrote in her Facebook post that she and her family were flying home to Kolkata from Brisbane via Singapore.

She wrote that the flight was scheduled to take off at 9.10pm but ended up leaving at about 12.30am because of technical difficulties.

She described the entire experience as "traumatic" in her lengthy post.

We have summarised what she said happened below:

UPDATE: Singapore Airlines has apologised and duly compensated us. If you were a passenger on the plane, I urge you to...

In response to Stomp's media queries, SIA provided the following statement regarding the incident:

"Singapore Airlines flight SQ516 operating from Singapore to Kolkata on 8 June 2018, experienced technical issues on the ground resulting in a 2 hour 52 minutes delay.

"We sincerely apologise for the inconvenience caused to our customers on board.

"With regards to the online post, we take these claims seriously and will be looking into them thoroughly."

Related Stories
Singapore Airlines investigating after pet dog dies while being transferred to plane at Changi Airport
SIA responds to passenger's claim about getting bitten by bed bugs in business class from Brisbane to S'pore
Fight or flight? It's fight for these uncles while waiting to board SQ plane at Guangzhou airport
More About:
Singapore Airlines
plane
complaints
official response
flight delay