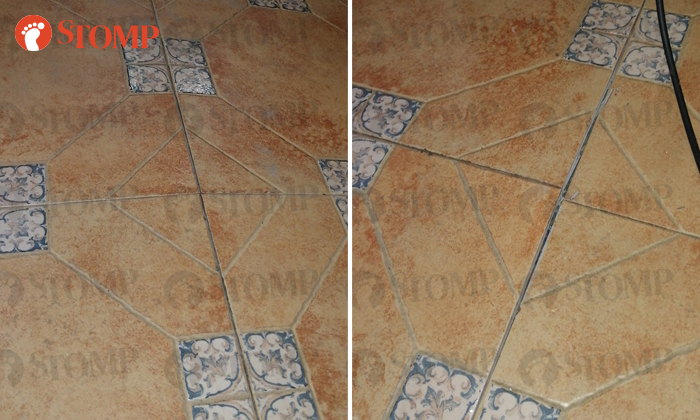 The popping out of tiles in Stomper Chia's living room at his Sembawang flat has left him feeling stressed over repair costs.

Chia said the incident occurred in his sixth-floor unit at Block 470 Sembawang Drive on Wednesday (Dec 11), at around 6.30pm.

He told Stomp: "My son and I were at home when we suddenly heard a popping sound.

"We found that tiles in the living room had popped out.

"I asked a contractor friend about it and he said it might be caused by the recent cold weather."

Stomp understands that this is not an uncommon occurrence in older flats.

According to Chia, his family has been living in the resale flat for six years. The flat was occupied by its previous owner for 10 years.

The Stomper, who makes ends meet as a taxi driver, added: "I am waiting for my contractor friend to come over and take a look.

"I feel stressed because of the money I have to fork out to fix this."