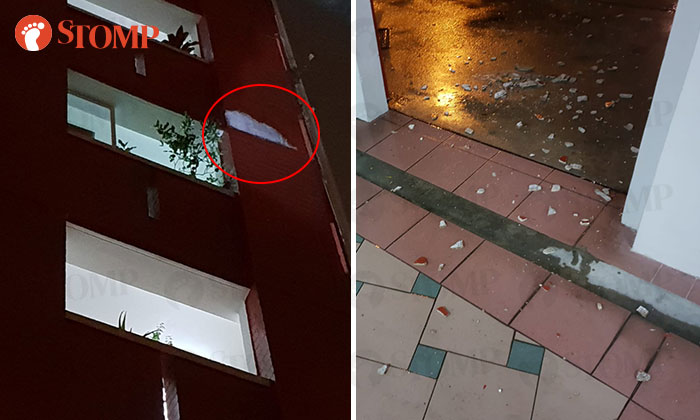 Some tiles were dislodged from a wall on the 5th-floor of Block 462 Hougang Avenue 10 at about 7.40pm on Saturday (July 7) during a heavy rain, shocking Stomper Tay and her student who were practising line dancing at the void deck.

Tay who teaches line dancing, told Stomp in a phone interview that she and her students would usually practise at the communal hall at Block 461.

However, due to the downpour yesterday, she was forced to cancel the session.

Instead, she met up with a student at 7.30pm to practise at the void deck of Block 462. Ten minutes into their practice, the two suddenly heard a loud “explosion”.

“I thought someone had thrown something down. We went to take a look.

“I realised that some tiles had fallen off the wall. There was debris all over the ground.

“Some pieces also fell into the void deck.”

Apparently, the tiles had shattered upon hitting the ground, scattering debris. 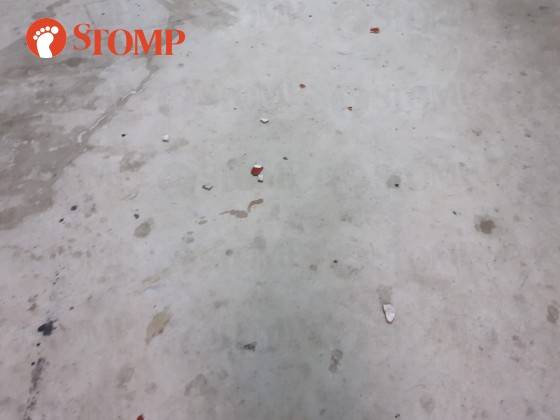 Tay quickly called her husband, a volunteer in a grassroots organisation (GRO).

He arrived at the void deck in about 10 minutes and alerted the Aljunied-Hougang Town Council.

“My husband and I stayed there to wait for help to arrive. We wanted to warn residents because there was debris in the void deck, and could end up hurting someone’s feet.”

At about 8.20pm, a worker arrived at the scene and surveyed the damage on the wall, as well as the debris. He also took some photos and cordoned off the area. 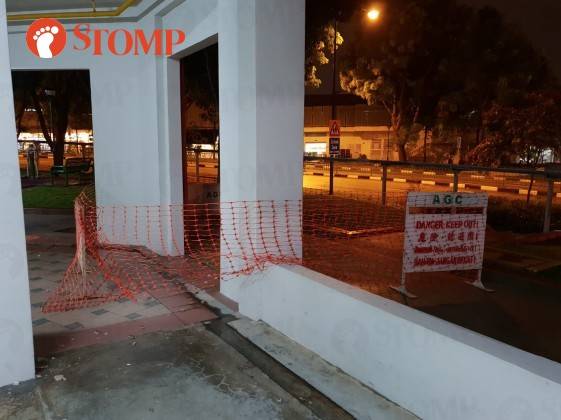 The worker informed the couple that the debris will be cleared off by Monday, but Tay’s husband told him that the debris on the void deck should be removed as residents could be hurt.

Tay and her husband then left at about 8.40pm.

In response to a Stomp query, a spokesman for the Aljunied-Hougang Town Council said:

"The Town Council was alerted to the matter on July 7, 2018 at 8pm and immediately cordoned off the affected area as a safety precaution.

"Investigation to the external façade is currently in progress."