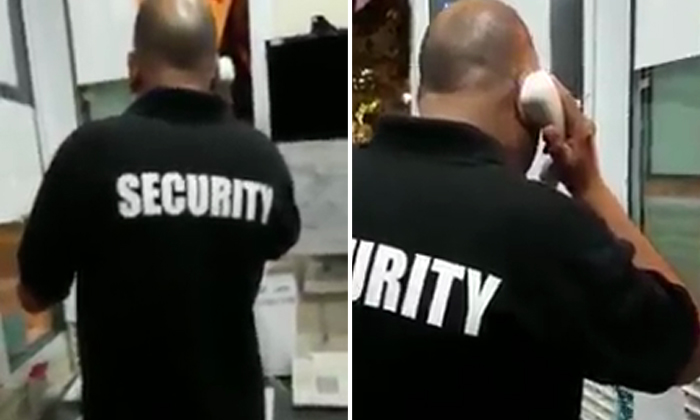 A condominium security guard has been arrested after a video that showed him claiming to be from the infamous Ang Soon Tong gang surfaced online.

Several Stompers had alerted Stomp to the video posted by Singapore Uncensored, which shows the 45-year-old man talking to someone on the phone while in a guardhouse.

Ang Soon Tong, which has existed since the 1950s, is a secret society known to operate in both Malaysia and Singapore.

According to The Straits Times, the gang is known for conducting criminal activities such as gun-smuggling, drugs, illegal moneylending and illegal gambling.

In the video, the suspect can be seen wearing a black shirt that had the word 'Security' printed on its back.

He also yelled several vulgarities at the other party on the phone and said, "Now you come down to Punggol."

"You come down to Punggol, then we talk. You want to see me, you see me in Punggol."

He then challenged the latter to call the police and added, "You call, you call, no problem, nooo worries, you call the police, see who will die. You die or I die, okay?"

The man was apprehended for the offence of being a member of an unlawful society.

If convicted, the man could be fined up to $5,000 and/or jailed up to three years.