SBS Transit to assist pedestrian, 58, whose foot got mangled in bus accident at Jurong West 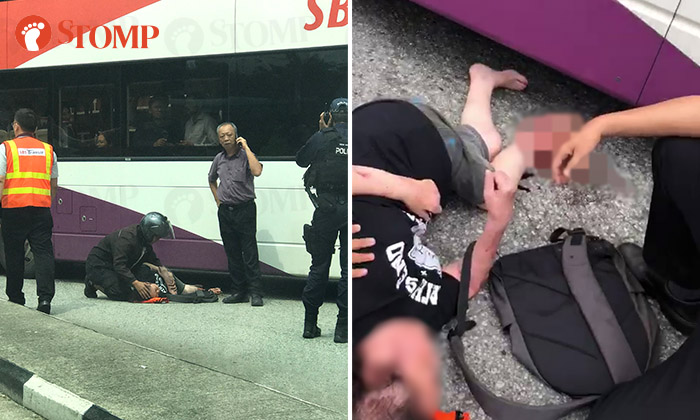 SBS Transit will be assisting a 58-year-old pedestrian in any way they can after her foot was mangled in a bus accident at Jurong West on Dec 18.

The pedestrian was conscious when she was taken to National University Hospital.

In a circulated video, the pedestrian can be seen lying on the ground with a mangled left foot.

SBS Transit's Senior Vice President of Corporate Communications Ms Tammy Tan said in response to Stomp queries: "Our topmost priority is to assist the lady pedestrian in any way we can.

"We are in contact with her family. We are deeply sorry that this has happened.

"Meanwhile, we are assisting the police in their investigations.

"We would also like to apologise to affected commuters and motorists for the inconvenience caused."