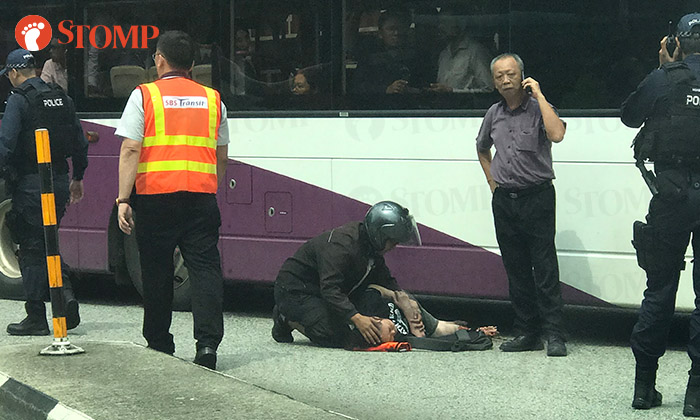 A 58-year-old pedestrian was taken to hospital after an accident involving a SBS Transit bus occurred in Jurong West on Wednesday afternoon (Dec 18).

"I also saw an ambulance going towards the accident site."

From the Stomper's photo, a person can be seen lying on the ground near the SBS Transit double-decker bus.

Several police officers and a man wearing an orange vest with SBS Transit logo are also at the accident site.

"The pedestrian, a 58-year-old woman, was conscious when conveyed to National University Hospital.