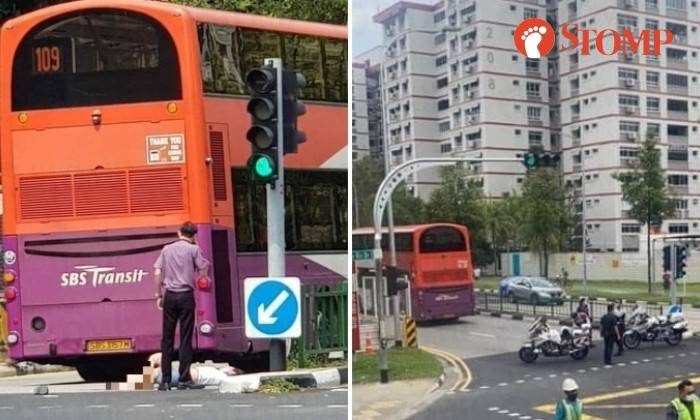 An SBS Transit bus driver has been suspended after he hit a 33-year-old pedestrian at the junction of Pasir Ris Drive 1 and Pasir Ris Street 11 on Tuesday (Jan 19).

In response to a Stomp query, the police said they were alerted to the accident involving a bus and a pedestrian at 11.56am.

"The 33-year-old female pedestrian was conscious when conveyed to Changi General Hospital," added the police.

Several Stompers shared photos of the aftermath of the accident, which were also circulated on social media. 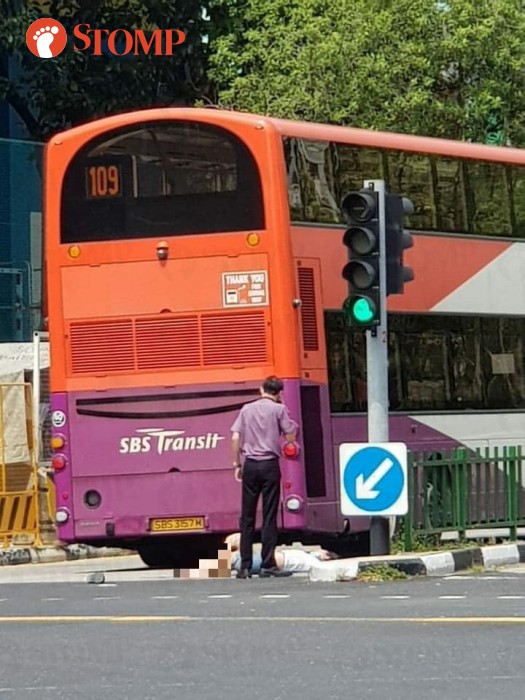 In one of the photos, a woman can be seen lying down on the ground in the middle of the road.

The bus driver can be seen standing beside her while talking on the phone.

In response to queries, Ms Tammy Tan, Senior Vice President of Corporate Communications at SBS Transit, said: "We are very sorry that this has happened and our topmost priority is to extend all assistance to the lady who is currently in the hospital having undergone surgery."

Ms Tan added that SBS Transit has been in touch with the woman's friend and is trying to contact her employer to see how they can help her in her recovery.

"The bus captain in question has been suspended from driving duties pending investigations," said Ms Tan.