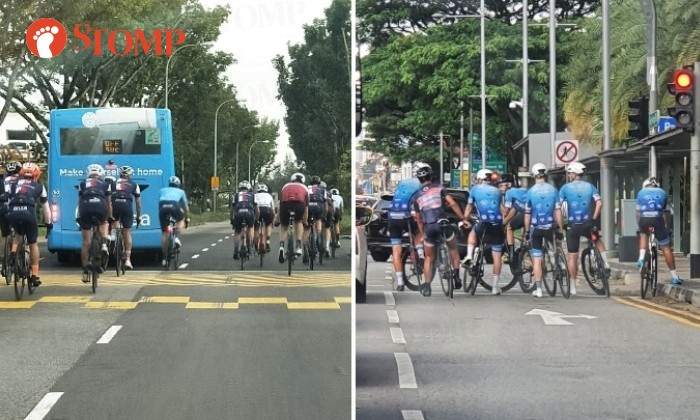 The sight of cyclists hogging roads seems to be a frequent occurrence and a shared frustration for road users.

But according to Stomper Nicholas, who faced this frustration over the weekend on Saturday (Jan 9), such sights did not just annoy him. In fact, it raised concerns in his mind that fatal accidents involving vehicles and bicycles could become more rampant. 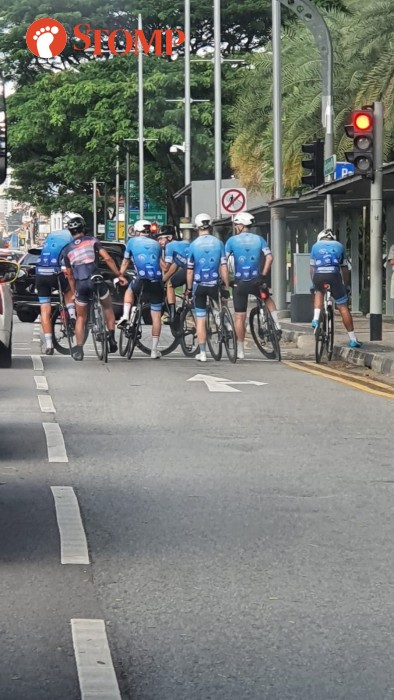 Nicholas told Stomp: "I spotted this large group of cyclists along Haig Road. This is a rather common sight now and as annoyed as I am, it makes me wonder how this rising trend of cycling on the road could lead to bigger safety issues?

"The trend is that cycling enthusiasts are forming larger groups and taking up the entire road.

"It makes me concerned about major issues like road safety, the rules and the rights of both drivers and cyclists. A horn to warm cyclists, whether they are alone or in a group, will most probably end up in uncalled for altercations.

"I know that as drivers, many of us try to be gracious when we see these large groups of cyclists. But in cases like this when the group is taking up the entire right lane, I felt the need to take a photo and remind everyone to follow the rules and cycle on the left side of the left lane.

"Such actions could cause repercussions which could either come in the form of a fatal accident or unnecessary altercations between the driver and cyclist."

Stomper Lim echoed Nicholas sentiments' when he saw that more than 11 cyclists were taking up an entire lane along Kranji Way on Saturday morning (Jan 9). 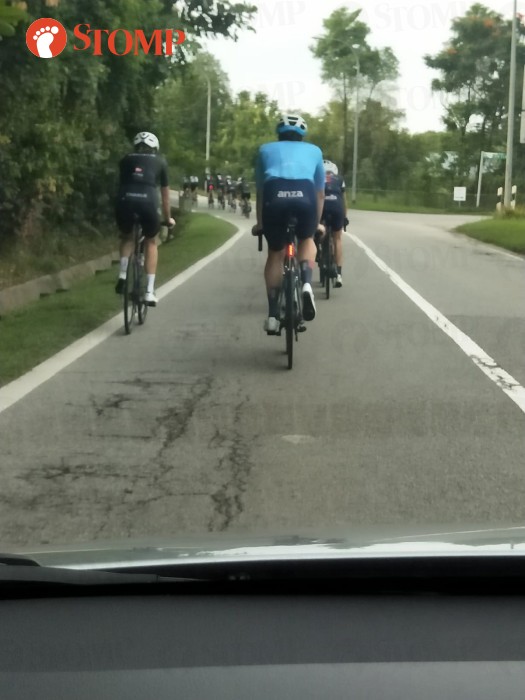 "I was in the passenger seat in my friend's car and we saw many cyclists hogging lanes like nobody's business," Lim said.

"The road that we were on only had two lanes and both lanes were going in opposite directions, so we couldn't just overtake these cyclists.

"Can you see how they took up the entire stretch of road? My friend couldn't see the oncoming vehicles from the other direction so we were just stuck behind the cyclists.

"If I'm not wrong, they hogged the road all the way from Kranji Way to Lim Chu Kang. So dangerous."

According to a Facebook post by the Singapore Cycling Federation, cyclists should only cycle in groups of up to eight people. This is in line with Phase Three of Singapore's reopening, which commenced on Dec 28.

Dear fellow cyclists From 28 Dec 2020, we will move into Phase 3, "Resumption of Sport and Physical Exercise and...

This is not the first time Stompers have shared their exasperation on this issue.

In November last year, a driver was horrified to see more than 20 cyclists hogging two lanes along Punggol Drive.