Cyclist jailed for crashing into pedestrian who died 5 days later 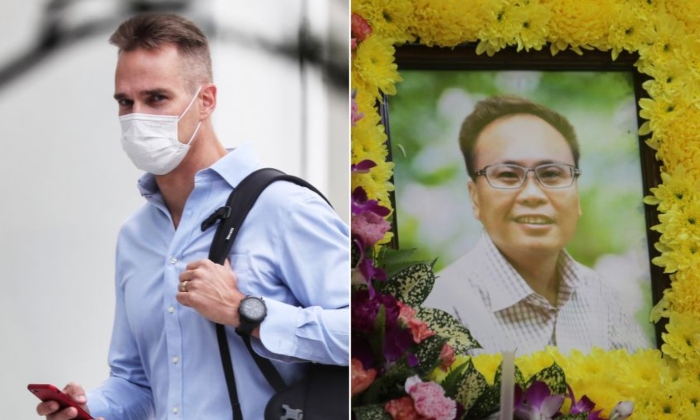 A cyclist has been given a prison sentence over an accident involving a pedestrian who died of his injuries five days after the crash.

Toni Timo Salminen, who is Finnish, was sentenced on Thursday (Dec 10) to a week's jail after pleading guilty to causing Mr Chew Fook Yew's death by cycling in a negligent manner.

The 42-year-old offender had failed to keep a proper lookout while cycling along Sims Avenue on Oct 1 last year.

Deputy Public Prosecutor Rimplejit Kaur said that the 53-year-old pedestrian had not been jaywalking and the accident happened more than 50m from the nearest pedestrian crossing.

"In fact... the accused had an unobstructed view of the entire process of the deceased crossing the road, from the commencement to collision, if he had a kept a proper lookout."

Salminen was in the second lane of the four-lane road along Sims Avenue towards Sims Avenue East at 6.16pm when Mr Chew stepped onto the fourth and extreme left lane.

Although Salminen spotted Mr Chew walking briskly onto the third lane, he did not slow down.

Salminen then attended to Mr Chew, who was lying motionless on the road, and waited until an ambulance arrived at the scene.

An ambulance took the pedestrian to Tan Tock Seng Hospital and Salminen alerted the police about the incident at 7.08pm that day.

Mr Chew was pronounced dead at around 10.30pm on Oct 6 last year.

Following an autopsy, he was found to have died from a head injury, consistent to one suffered in a traffic accident.

For causing Mr Chew's death by cycling in a negligent manner, Salminen could have been jailed for up to two years and fined.

Related Stories
Appeal for witnesses: Motorcyclist dies after accident along AYE
56-year-old pedestrian dies after drink-driver in BMW crashes into him at Ophir Road
82-year-old man dies after getting knocked down by car in Bukit Batok, driver arrested
More About:
court
jail
death
accident
bicycle