Residents evacuated after fire breaks out at Bendemeer coffeeshop 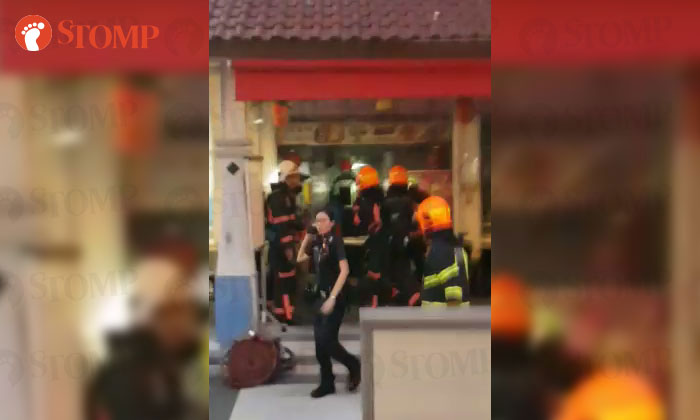 A fire broke out at a coffeeshop at Block 44 Bendemeer Road on Tuesday (July 31) at about 6am.

Stomper John Paul, a resident of Block 44, alerted Stomp to the incident.

"We were woken up at 6.30am when police officers knocked on our door to tell us to evacuate," John Paul told Stomp in a phone interview.

"There was a strong smell of smoke in the air and I could see smoke coming from our shared rubbish chute."

The Stomper waited at a nearby bus stop with other residents as Singapore Civil Defence Force (SCDF) officers worked to extinguish the fire.

He shared took a video while at the scene and shared it with Stomp.

"I was amazed how the SCDF and police ensured the safety of the residents," he said.

"They were able to put out the fire quickly."

He said that he returned to his apartment at about 7.30pm after the fire had been put out.

In response to a Stomp media query, an SCDF spokesman said that they were alerted to the fire at about 6.40am.

"The fire involved one of the stalls in a coffeeshop and was extinguished by SCDF using fire extinguishers," the spokesman said.