'Reckless driver could have killed my family' 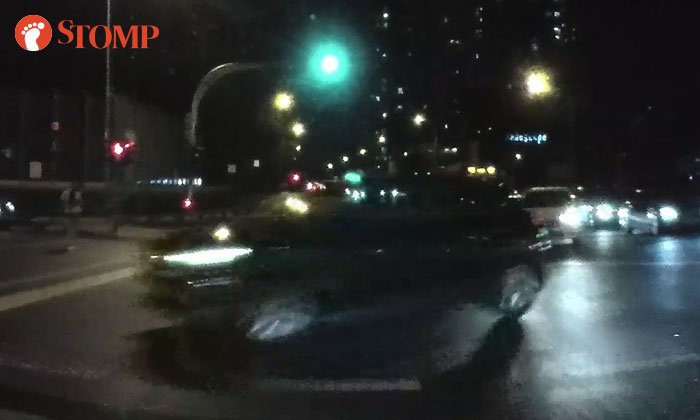 Dangerous driving can be a matter of life and death.

Stomper NoReckLessDriving told Stomp he was shaken after his family of four and a toddler were "almost killed" by the reckless driving of one driver who narrowly avoided hitting his vehicle at a junction along Bishan Road on Monday (Dec 2) at about 10pm.

"The traffic light was in my favour so I proceeded cautiously.

"As I entered the cross junction, a black car dashed out and made a right turn towards Bishan Road, coming directly in front of my path.

"I executed an emergency brake and stopped in the middle of the junction.

"The irresponsible and reckless driver made no attempts to slow down at all during his turn.

"As it was a rainy night, the streaks of water on the windscreen has made it impossible to identify his car plate number from my car camera's footage."

The Stomper hopes a kind soul will come forward with footage that captured the driver's licence plate number.

"If this can happen to me, it could happen to anyone of you out there on the road," he said.

"Let's help make the road a safer place where we can return safely to our loved ones.

"To this driver who almost murdered my family, including a toddler: If you are lucky and nobody got your licence plate number and the arm of the law isn't long enough to educate you via deterrence, I hope you have a conscience and change your driving attitude on the road.

"If you are the kind who does not know how to repent without facing the cane, my last advice to you is there are thousands of families out there who want their loved ones returned home alive.

"Imagine if it was your family member who got killed on the road."

If you have any footage of the incident, kindly contact Stomp at stomp@stomp.com.sg or WhatsApp 9384 3761.