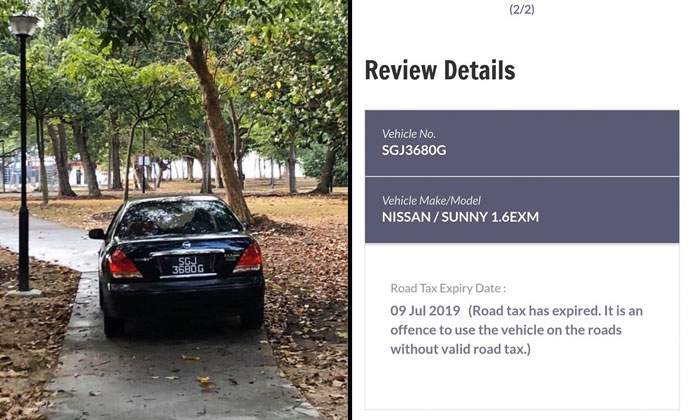 The driver of a Nissan Sunny was seen travelling on the cycling path at East Coast Park on Friday morning (Oct 18).

He said that he was jogging along the running path at about 7.30am towards East Coast Lagoon Food Village when a black car "zoomed" past him on the cycling track.

Initially, he thought it was a police patrol car but considering the speed, he became suspicious.

He picked up his running pace to follow the car that proceeded to make go around the lagoon before slowing down.

When he approached the Nissan, he noted the driver was an uncle and that there were "mainly ladies" seated behind him.

Cap Lim wrote: "When [I] questioned [him] on his crazy drive on a crowded cycling/footpath, his answer was that he's trying to find his way out.

"[I] told him that he could have exited to the carpark before the food village but he chose to speed past it.

"He didn't reply to my question and immediately drove away.

"Worried that he might continue to pose a threat to park users, I followed behind with a safe distance and saw him exit to the carpark."

"Regardless of whether it's a genuine wrong turn into the park, the high speed which the car was going could seriously injure or even kill someone.

One commenter ran a search on the licence plate number, SGJ3680G, and discovered the car's road tax had expired in July. 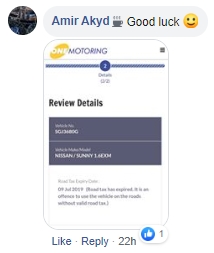 It is an offence to use the vehicle on the roads without a valid road tax.