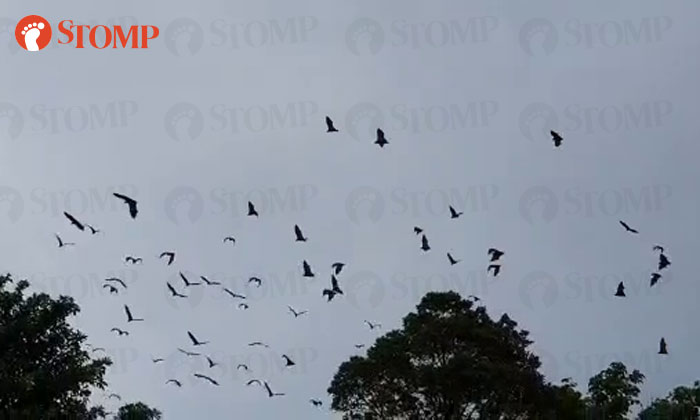 World Environment Day is celebrated on June 5 every year, and Singapore marked the occasion last Friday (June 5) with a rare sighting: a colony of large flying foxes soaring over the Central Catchment Nature Reserve.

The last time these bats were seen in Singapore was more than four years ago, with six sighted in the MacRitchie area in May 2016.

Dr Benjamin Lee, director of wildlife management research at the National Parks Board (NParks), said: "This sighting of more than 100 individuals is unprecedented in Singapore in recent times."

Primate researcher Sabrina Jabbar came across the sight while exercising in the nature reserve at about 7.30am last Friday, and captured the encounter in photographs and videos.

Ms Jabbar said the sighting on World Environment Day was a great surprise. She added: "It was such a magnificent sight against the backdrop of the cloudy sky."

They are migratory animals, which means they have a large home range and move frequently across international borders.

They have been known to travel several hundreds of kilometres between roosting sites, and their home range includes southern Peninsula Malaysia, Singapore and Sumatra in Indonesia, said Dr Lee.

He added: "It is not unusual for flying foxes to travel in large groups when they are in search of food or due to disturbances to their camps such as habitat destruction or sustained hunting." 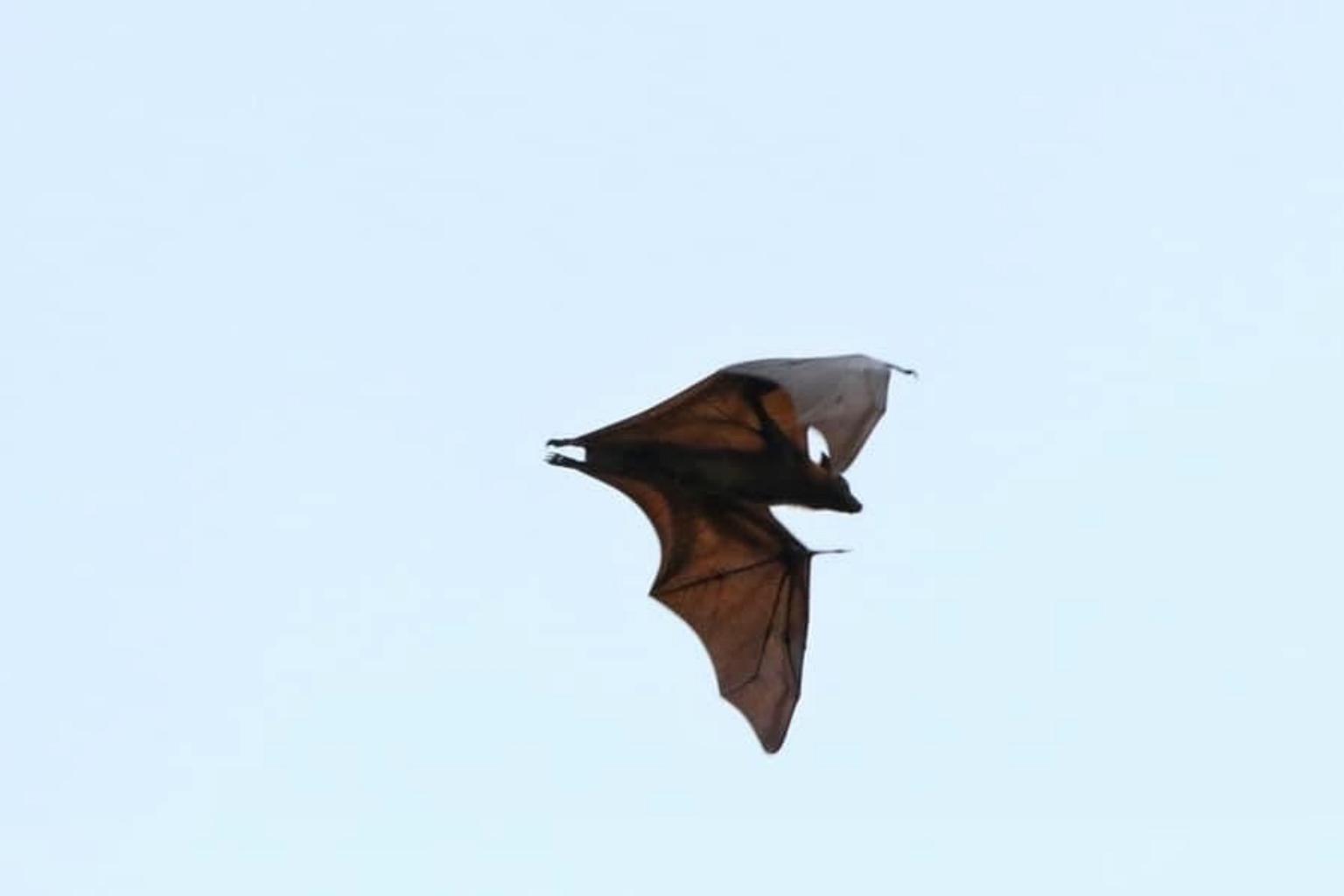 The large flying fox is one of 28 species of bats in Singapore. PHOTO: SABRINA JABBAR

Ms Jabbar said that while it was nice to see the flying fox in such large numbers, the animals may have been forced to move due to threats faced elsewhere, such as habitat loss.

"I hope they have found a safe place to settle," she said.

The large flying fox is one of 28 species of bats in Singapore.

These creatures of the night have been linked to the emergence of zoonotic diseases such as Covid-19, but their bad reputation is often unwarranted.

Fruit bats are pollinators and seed dispersers, and play an important role in regenerating forests and ensuring their survival.

The agricultural trade is also supported by bats that aid in the pollination of plants such as durian and petai, said NParks' Dr Lee.

Insectivorous bats, on the other hand, are the pest controllers of the natural world.

Dr Lee said: "They feed on mosquitoes, beetles and crickets, helping to keep the insect population in check.

"By feeding on insects, they also help to support agriculture, as they reduce the damage the insects cause to crops, as well as decrease the need for pesticides."

Bats are generally shy and do not attack or show aggression unless a person attempts to handle them, he said.

People should not attempt to feed or get close to them.

Dr Lee said NParks has been studying Singapore's bat populations since 2011 and that the coronavirus that causes Covid-19 in humans has not been detected in bats and other animals in Singapore.

He added: "NParks will continue to closely monitor the local wildlife populations."