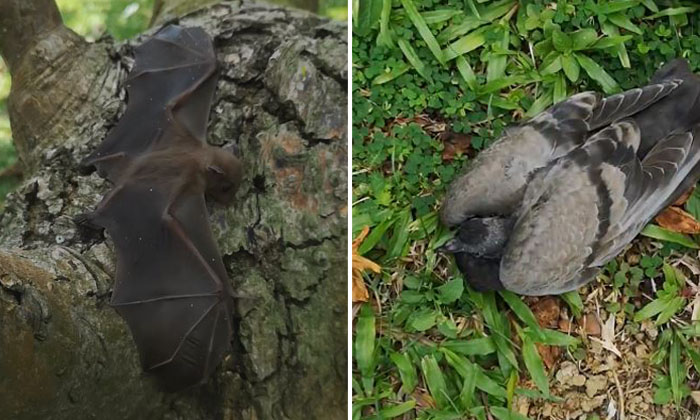 Stomper Sufian had alerted Stomp to videos of the incident that was posted by Facebook user Syed Al-Syahab, whom Stomp later got in touch with for further details.

In videos taken by Syed, he is seen picking up the pigeon and the bat before placing them at areas he felt were safe.

He told Stomp: "I first saw the bird on a grass patch, near where I live.

"So I placed it under a tree, it seems like it's about to die."

The bat was found soon after, about three metres away from the pigeon.

"It was motionless on the ground at first, but it started thrashing around and making noise when I picked it up," said Syed.

"So I placed it at the top of a tree. It seemed to have a higher chance of surviving than the bird."