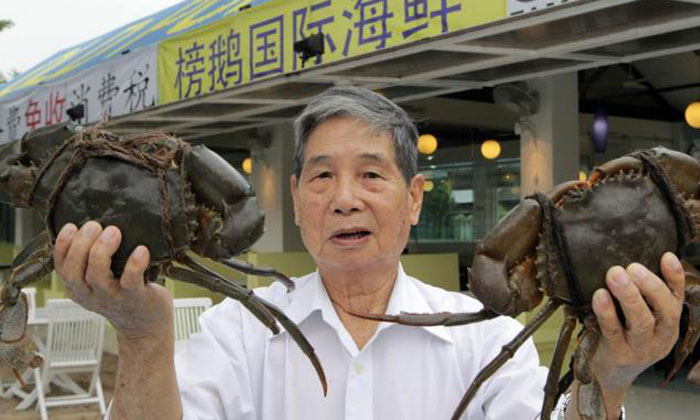 If you grew up in Singapore in the 70s and 80s, the name Ponggol Seafood should bring back memories of fresh chilli crab, fragrant mee goreng and a beautiful seaside view.

When Mr Ting Choon Teng, the owner of Ponggol Seafood, opened the restaurant in 1969, it was just to support his family.

The restaurant was more popularly known as Ponggol Hock Kee Seafood Restaurant then.

But later it became a Singapore icon, attracting tourists and locals from all over the island.

Regular customer Liew Chuen Hwa, 61, who is self-employed, said: "When I was 18, during my army days, I would go to the restaurant with my friends. If you did not make a reservation in advance, you would have to wait for as long as 45 minutes or an hour to get seats."

Mr Liew, who still makes it a point of going to the restaurant every month, said that Ponggol Seafood has maintained its way of preparing food, unlike some other restaurants that have moved to fusion or more modern creations.

Ms Leslie Wong, 52, a butler, has been visiting the restaurant since she was five years old.

She said: "It was always so packed with people. I can still remember how the mee goreng there tasted, even at this age.

"That restaurant is like a childhood memory for people in the 70s because it was the usual place everyone went to with their families."

After 47 years of business, despite ups and downs, Ponggol Seafood has flourished to become one of the best-known local seafood restaurants.

Mr Ting, 90, died from lung cancer on Sunday, leaving the next generation of Tings to continue the business.

His life offers an abundance of lessons:

WHEN YOU HAVE AN IDEA, GO FOR IT

The eureka moment may come in many ways. For Mr Ting, it came by chance.

The idea for Ponggol Seafood Restaurant was born when Mr Ting drove to the end of Punggol Road and noticed that there was a restaurant for rent.

He was then a foreman at a sauce factory and the experience proved useful for the restaurant.

Mr Anthony Ting, 56, director of Ponggol Seafood, said: "My father worked in a sauce factory during his earlier days and he enjoyed experimenting with the sauces. That was how he came up with the recipes for the chilli crab and mee goreng, eventually developing it into a business."

He said: "My father never thought that the business would become so big but as a businessman he hoped and always tried his best."

The late Mr Ting would always be seen after closing hours, eating, playing the guitar and singing with his customers.

Mr Ting said: "My father always treated his customers politely and with sincerity. So they always came back to look for him. He was a very well-respected man among those who knew him because of the way he did business."

A regular, who wanted to be known only as Mr Koh, 56, , said: "Mr Ting was a very caring man and his family is also very friendly. So in addition to the quality of the food, I also return because of him."

Mr Koh added that he and the late Mr Ting formed a group of 10 friends, who were all restaurant regulars, and they would often eat and drink together.

TAKE HARDSHIP IN YOUR STRIDE

Ponggol Seafood grew up with Singapore, and has overcome some of the same obstacles: malaria, severe acute respiratory syndrome and bad economic conditions.

Mr Ting said: "There were good times and there were bad times. As a business, we have to be financially strong and be able to contain our losses well.

"There must also be a strong will and sense of hard work. There will be a lot of things that we (the bosses) have to do ourselves."

He said they had to sack some of their staff and cut back on ingredient costs when times were bad.

There were also uncertain times after the government acquired the land in 1994, and the restaurant moved to at least four locations before returning in 2014 to the Punggol Point area.

The late Mr Ting introduced his eight children to the business when they were young.

Most of them started by helping out in small tasks before taking on heavier responsibilities.

Four of the them are working full-time for the family business, while three of them work part-time.

Mr Ting Cheng Yew, 52, head chef of the restaurant, said: "After three decades, the taste of our chilli crab and mee goreng remains unchanged because I have been cooking them.

"I started working as a kitchen helper when I was 20 years old, then I started to learn from the other chefs. But after that, the dishes were all done by me."

Mr Anthony Ting said that even though the future is uncertain for the second generation of Tings, they wish to carry their father's legacy into the third generation.