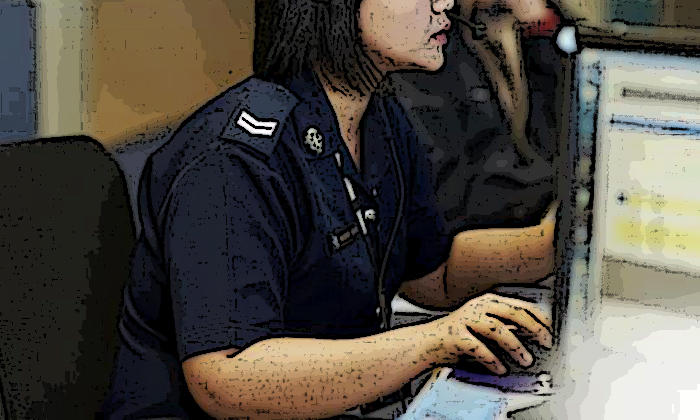 A police officer who was a deputy team leader at one of the land divisions in the Singapore Police Force (SPF) was fined on Tuesday (July 30) for making multiple crude remarks about his female subordinate.

On one occasion in November 2017, the victim, a 26-year-old ground response force officer, was practising with a T-baton with her teammates during a police defence tactics recertification course.

The officer walked by and said: "Don't later poke until baby come out."

On another occasion that same year, the man made sexually charged remarks about some cupcakes that the victim had brought to treat her teammates.

On both occasions, the victim felt harassed and offended, but she ignored the remarks.

It was only until last April when the victim told another police officer about the offensive remarks that a police report was lodged.

The man, who cannot be named due to a gag order from the court to protect the victim's identity, pleaded guilty on Tuesday to three charges of making insulting communication that is likely to cause harassment, alarm or distress, under the Protection from Harassment Act.

Another five charges of a similar nature were taken into consideration in sentencing.

Urging the court to sentence the man to a fine of at least $5,000, Deputy Public Prosecutor Gregory Gan said the accused's actions were unacceptable.

"As a supervisor of the victim, he should not have subjected her to such crude jokes," said DPP Gan.

He added: "Everyone is entitled to a healthy work environment, and such offences ought to be dealt with severely... to send a clear signal that such workplace harassment is unacceptable."

Defence counsel Kalidass Murugaiyan urged the court to impose a fine of $4,500, adding that his client has had an "immaculate record of service", including several commander's awards and commendations.

In addition, he has been suspended from duty since January, and is likely to lose his job and "all that he has worked for since he joined the force at 18 years old", said Mr Kalidass.

However, DPP Gan disputed this, noting that the potential loss of job should not be a mitigating factor.

Mr Kalidass said his client intends to apologise to the victim "unreservedly" but has yet to be able to do so.

A spokesman for SPF said its officers are “not only expected to uphold the law but maintain the highest standards of conduct and integrity”.

“We deal severely with officers who break the law, including charging them in court. The police officer who was involved in the case had been interdicted from service since Dec 26  2018,” the spokesman said, adding that SPF commenced disciplinary proceedings against him  on Tuesday.