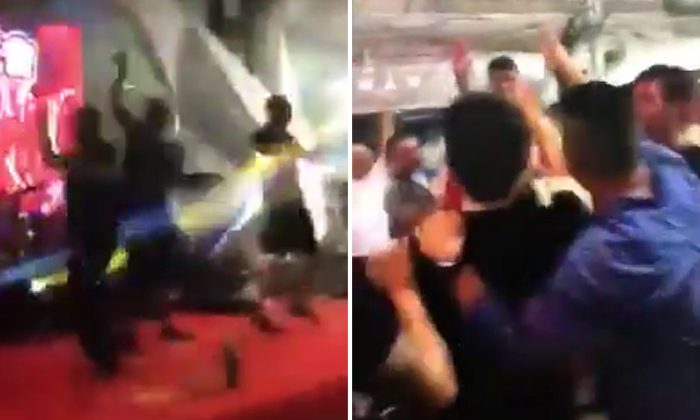 Police are investigating a video showing gang slogans being chanted during a getai event in Yishun, they told Stomp in response to queries.

The 35-second video, which started circulating on Facebook this week, shows several men singing both on and off the stage.

A male voice is heard saying "Ang Soon Tong" over a microphone at least twice in the video.

Ang Soon Tong, which has existed since the 1950s, is a secret society known to operate in both Malaysia and Singapore.

The gang is known for conducting criminal activities such as gun-smuggling, drugs, illegal moneylending and illegal gambling.

Responding to a Stomp query, a police spokesman said: "Police confirm a report was lodged and investigations are ongoing."