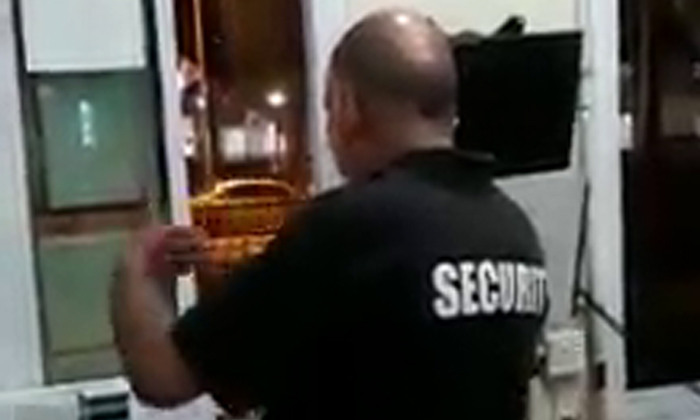 A security guard, who was caught on camera declaring that he was a secret society member, was jailed for one year and four months on March 13.

Rajagopal Murugan, 46, was filmed going on the expletive-filled tirade at Tampines Court condominium, where he worked at, on Aug 20 last year.

In a video that went viral online, he was heard claiming to be from the Ang Soon Tong gang and threatening to get fellow members to attack his 52-year-old security manager.

According to The Straits Times, the incident erupted after a resident complained to the security manager at 10.30pm that day that Rajagopal had shouted at her when she reported noise in the neighbourhood.

The manager, who was not stationed there, told Rajagopal about the complaint and said he would go to the condominium to meet him.

While he was on his way there, Rajagopal threatened him on the phone, which a colleague witnessed.

The manager alerted the police, whose investigations revealed that Rajagopal was indeed a senior member of a secret society which he had joined in 1989.

Rajagopal pleaded guilty to one count each of criminal intimidation, being a member of an unlawful society and dishonest misappropriation of property.

He also admitted to two counts each of theft, assault and contravening a personal protection order taken out by his wife against him, reported ST.

Thirteen other charges, including four counts of harassment, were taken into consideration during sentencing.

Read the full report on The Straits Times.