Man refuses to pay full fare after cabby takes wrong turn, then says: "Limpeh is from 369!" 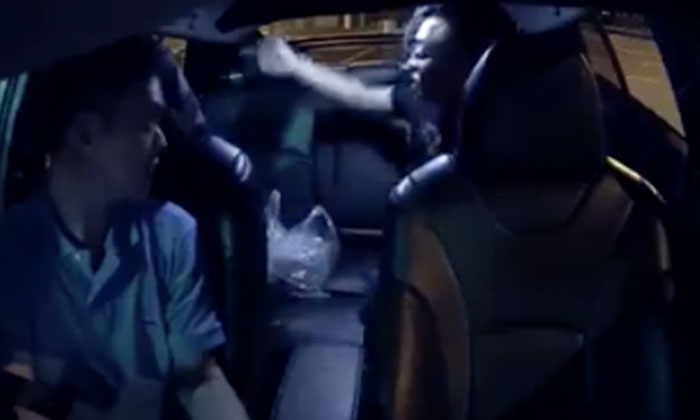 A video of a passenger refusing to pay his taxi fare in full has been circulating on Facebook.

The video, uploaded by Facebook user 林天赐 was shared on several other pages such as SG Road Vigilante.

In the video, the passenger first tells the cabby that he has missed his destination, saying that he has made a wrong turn.

The cabby replies that it is a one-way street and he cannot turn.

However, the passenger tells him that he could have taken a turn earlier before, and the cabby acknowledges this.

The passenger then asks the cabby to reverse the taxi.

His request is met with a vehement rejection as the cabby explains that he cannot do that.

In response, the passenger asks the cabby to stop ahead.

He tells the cabby:

“You didn’t take the turn at the first road. Cannot turn? You might be muddled but I am not. “

As the passenger speaks, he reaches to place his two bills by the cabby, before taking one of the notes away.

The cabby receives the payment, counts it and directs the passenger to the taximeter, indicating that the money was insufficient.

The passenger asks him how much is the fare, and the cabby replies, ‘$16’, but the passenger tells him:

“Then you made one less turn, I still must pay?”

The cabby responds, “You want to pay a not?”, to which the passenger retorts:

The cabby then threatens to call the police, while the passenger begins to alight the taxi.

The cabby follows the man, alighting his taxi to reason with the passenger.

The passenger insists that he will not pay the remaining fare unless the cabby reverses his cab.

It is unclear when or where this happened.