Police clarify video of man shouting in MRT station: "Officers are impartial in their checks" 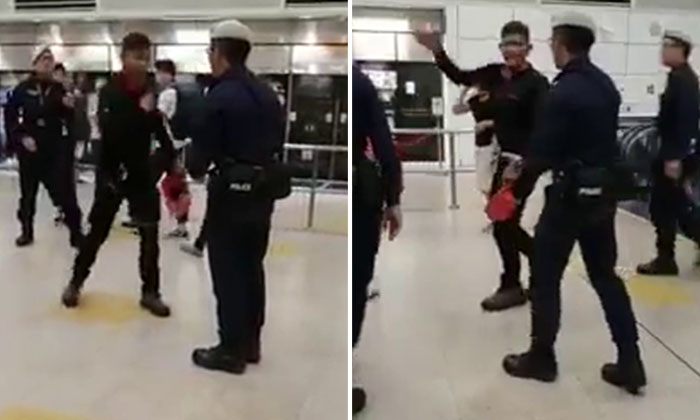 The police clarified that allegations of screenings conducted in train stations being targeted at Malays are baseless, untrue and irresponsible.

Several Stompers alerted Stomp to a video of a man shouting at a group of police officers in a train station.

The video has been circulating on various social media platforms and was published on a Facebook page, Complaint Singapore.

In the video, the man asked in Malay: "What is it, police? Just walk away, I don't want to see your faces.

He also asked the police why they were not screening other people.

The police clarified in a Facebook post on Wednesday (July 10) that the video was of an incident that happened earlier this year, on March 5, in Bishan MRT station.

They said that several comments online have stated that police screenings in train stations were targeted at Malays.

The police said these allegations are untrue, baseless and irresponsible, and the majority of persons checked on March 5 in that same shift were non-Malays.

"Such checks are necessary to ensure that our public transport system remains crime-free, and to deter would-be-criminals from committing criminal offences and terrorist acts.

"The Police would like to assure the public that our officers are impartial in their checks, and are trained to carry them out professionally."