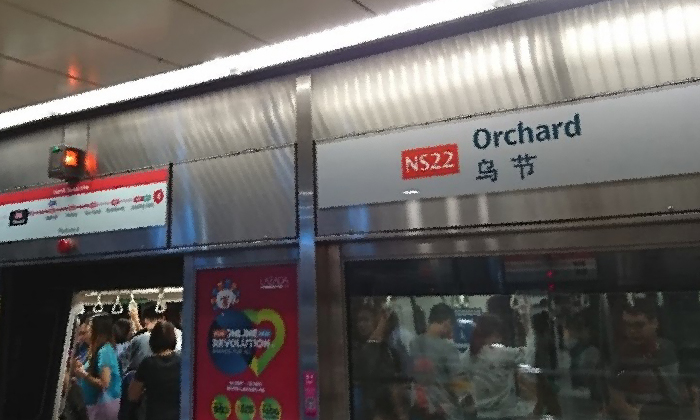 While goofing around with friends, the youth executed a flying jump kick at Orchard MRT Station, shattering a platform screen door.

Mohamad Adib Azfar Mohamad, 19, was convicted yesterday on one charge of mischief causing damage of more than $500.

On Sept 24 last year, he was working as a part-time banquet helper with Orchard Hotel and had just finished his shift at about 6am.

He headed for Orchard MRT Station with some of his co-workers to take the train home.

While waiting at the platform, he began playing with one of his co-workers, and they pushed and pulled each other.

Adib wanted to prevent the co-worker from entering the train, but the co-worker was able to board when the train arrived. After the platform screen door closed, Adib ran towards the train and jump-kicked the glass door, shattering it.

This was caught on the CCTV cameras at the station. He immediately left the station and took a Grab taxi home instead.

The station manager called the police around 8.10am, informing them of the incident that had happened around 6.30am.

Deputy Public Prosecutor Dwayne Lum noted that no restitution had been made.

Upon hearing the incident described in court, District Judge Eddy Tham asked Adib why he did "such a stupid thing" and also asked if he was drunk at the time. Adib said he was sorry and that he was not drunk.

Judge Tham then said the screen door was not cheap, and asked if Adib had any intention to make restitution.

After consulting his mother who was also in court yesterday, Adib asked if he could pay the sum through instalments. The judge called for a probation suitability report and adjourned sentencing, advising Adib to find a way to make restitution before his next court date.

A person convicted of mischief causing damage of more than $500 can be jailed up to two years, or fined, or both.

Adib is expected to be back in court for sentencing on July 17.