Excuse me, seats on public transport are not for your legs or luggage 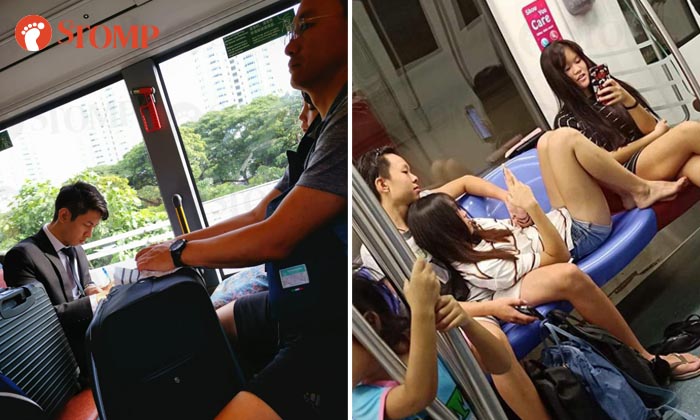 From time to time, seats on public transport are occupied by something out of the ordinary -- from legs to luggage.

Stomper Anonymous shared a photo with us of a teenager who had her legs up on a seat in a train.

She witnessed the scene on Monday (July 8) at about 5.30pm when she boarded a train towards Punggol at Outram Park.

She said to Stomp: "I was on the way home with my friend and thought about why they were behaving so indecently in the train.

"It felt like they were treating the space as their home.

"I usually don't take photos but this was over the limit."

Stomper RA was on the way to work and boarded an SBS Transit Bus along service route 36 at about 8.30am in Marine Parade.

When he moved towards the back of the bus, he saw a man occupying a seat with one luggage. 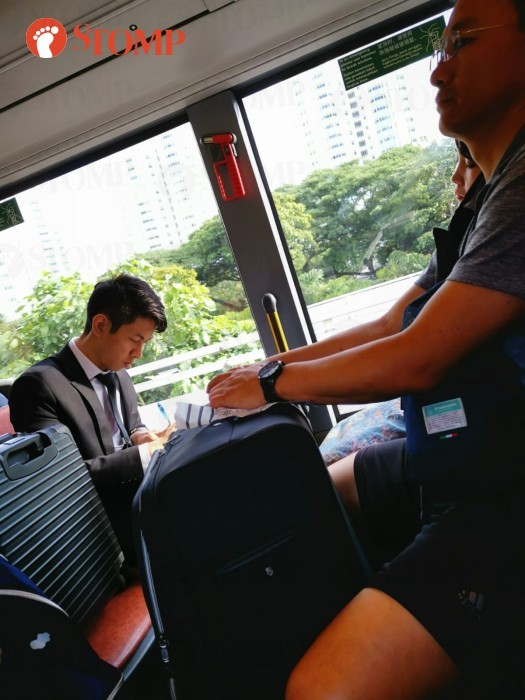 RA told Stomp: "I asked him to be considerate and offered to move the luggage for him to the designated area but he said no. The bus was so packed, many people were standing. I let it go because I didn't want to argue with him and start my day with a fight."

He said that the man was still there when he alighted at Suntec Singapore Convention & Exhibition Centre.

RA said: "I think many people don't know about the luggage area in a bus. Just like the posters asking commuters to give up their seats, I think the same can be done to highlight that luggage can be placed in the designated area."

Related Stories
Funny meh? Youth removes seat from bus, props his legs up and flashes middle finger
Guy gets a little too comfy during bus ride from Hougang to Sengkang
Youth smokes on bus, replies to comments on video: "I'm supposed to get a pack for the dare"
More About:
MRT
Bus
inappropriate
inconsiderate