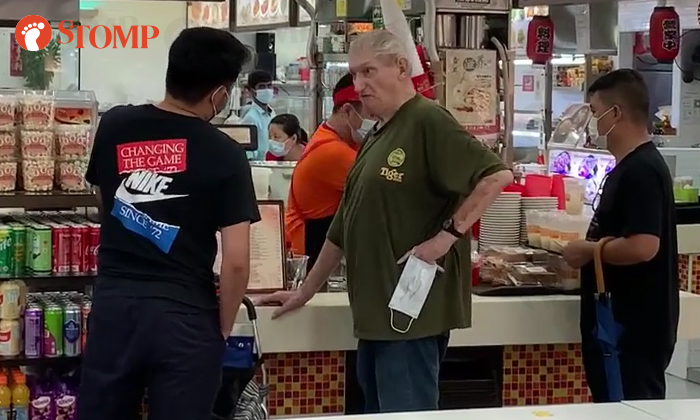 A man was caught on camera kicking up a ruckus at a coffee shop in Sembawang on Tuesday afternoon (July 6).

Stomper A shared a video of the incident that occurred at Block 406 Sembawang Drive, at around 2.30pm.

In the video, the man can be heard shouting at a coffee shop patron: "I'm angry! I'm very angry."

The man can also be seen holding a mask instead of wearing it.

"Fortunately, a young guy walked over to chat with the man and asked him to stop.

"However, the man refused to walk away and also refused to put his mask back on, not until the police came."

In response to a Stomp query, the police said they were alerted to a dispute at the coffee shop at 2.47pm.

The parties involved were advised to keep the peace.

No assault or threat took place and no further police assistance was required.