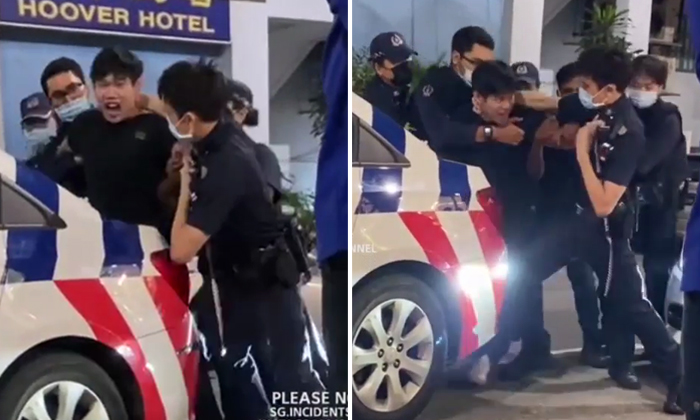 A 27-year-old man was arrested for multiple offences following a dispute that broke out along Balestier Road in the wee hours of Sunday (June 20).

In response to a Stomp query, the police said that officers came across a dispute at 230 Balestier Road at 2am on Sunday.

"A 27-year-old man was subsequently arrested for allegedly causing annoyance to the public when drunk, using abusive language against a public servant and using criminal force to deter a public servant from discharge of his duty," police added.

The man is also being investigated for suspected drink-driving.

Several readers alerted Stomp to a video posted on Facebook, showing police officers trying to subdue the man, who can be seen struggling and resisting.

The man is heard saying: "So many people cannot bring me down ah" as well as hurling vulgarities at police officers.