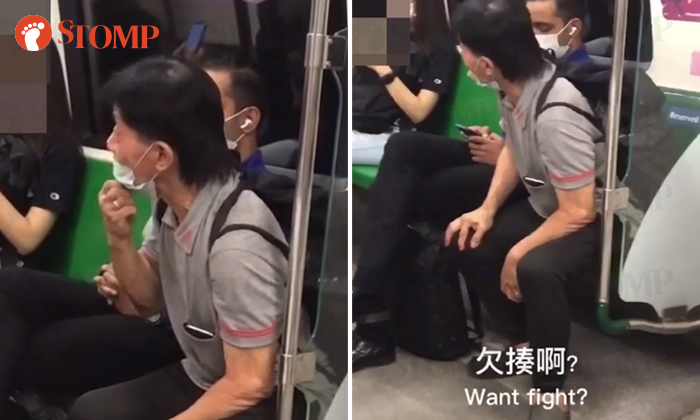 Police are looking into an incident involving a man who was caught on camera taunting other commuters on the train and not wearing his mask properly.

Stomper Sakura witnessed the incident onboard a westbound train on the East West Line last Tuesday (June 15), at around 7.53pm.

She told Stomp: "A man did not wear his mask properly and insulted other commuters who reminded him to put it on.

"He insulted a male commuter and mocked others before alighting at Clementi MRT station."

"I took a video and added subtitles in both English and Chinese, in hopes that the media can share it and help to convey the value of not humiliating others."

The video shows the man, whose mask was below his nose, in a verbal dispute with another commuter.

He can be seen pulling down his mask further and saying, "Let you see" before laughing. He also called the other party a "busybody".

In response to a Stomp query, the police confirm that a report was lodged and said they are looking into the matter.