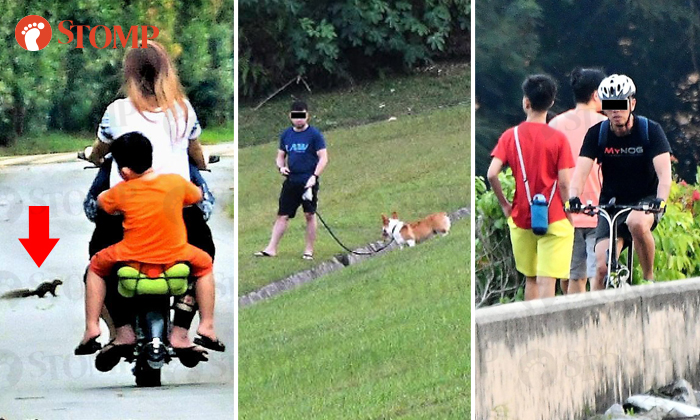 Stomper Chris was looking forward to a day of joy at Singapore's nature reserves, but his experience was marred by other visitors who did not respect park rules.

He told Stomp: "It was supposed to be a day of joy. However, I saw many law-breakers who brought dogs, bicycles and even an electric bicycle into the nature reserves.

"There were many dogs and bicycles at Central Catchment Nature Reserve. 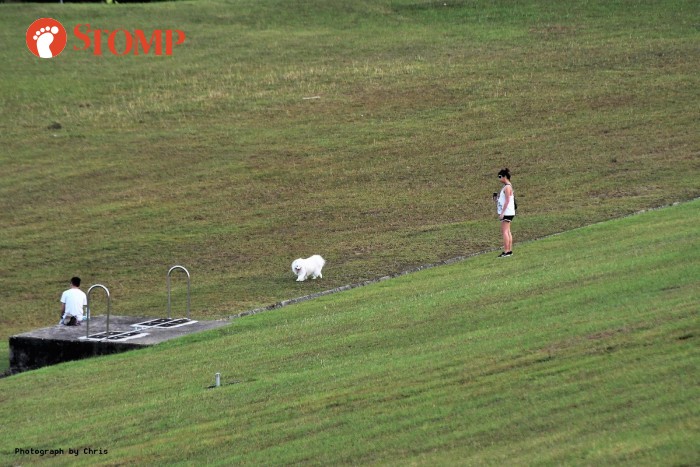 (According to the National Parks Board website, dogs are not allowed in Singapore's nature reserves "due to the presence of the rich biodiversity there".)

"The rider was a grown-up woman. She had a senior citizen, presumably her mother, in front of her. A child, believed to be her son, sat behind her.

"A wild squirrel that was crossing the path nearly got run over by the e-bike, which was speeding at approximately 60 to 70 kph based on my estimation from what I observed. It was faster than any of the e-bikes that I have seen speeding on Singapore roads. 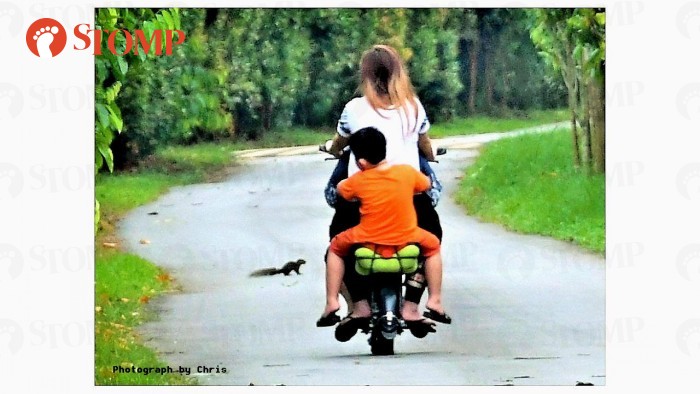 (An e-biker who had two passengers riding pillion nearly hit a squirrel, said the Stomper)

"It would be a very serious offence if the e-bike were to kill a wild animal inside the nature reserve.

"Fortunately, the wild squirrel manage to escape death from the incident."

Chris also noted that there were signages at the nature reserves, clearly stating that pets, bicycles and motorised vehicles were not allowed on the premises. 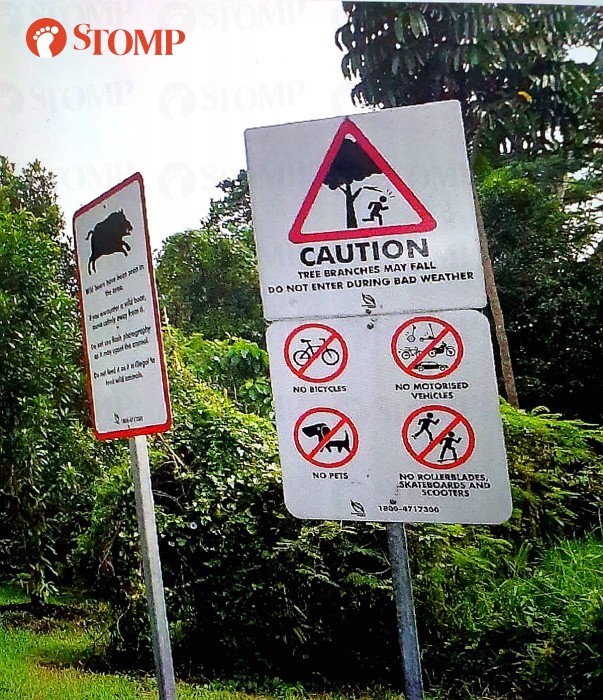 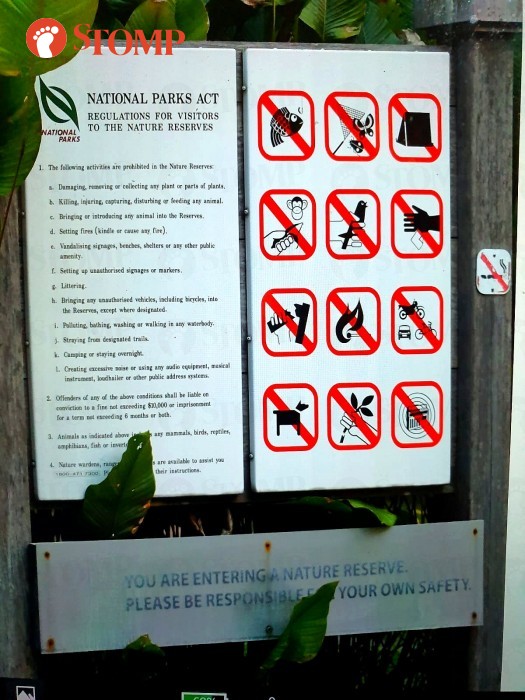 The Stomper added: "I understand that dogs, bicycles and motorised e-bikes are all prohibited in nature reserves.

"Therefore, it was a great disappointment and a bad day that all this happened to me on New Year's Day, and no authorities or rangers were present to stop the law-breakers."

View more photos taken by Chris in the gallery.