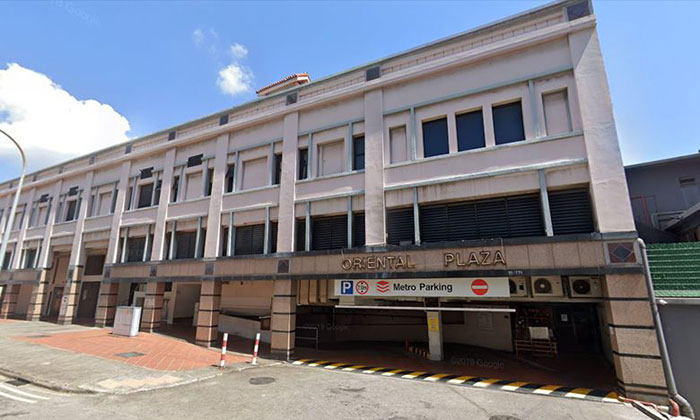 An off-duty full-time national serviceman (NSF) with the Singapore Police Force, who turned violent and choked another police officer after a night of merrymaking, was sentenced on Tuesday (Nov 26) to 15 months' probation.

Assistant training instructor at the Special Operations Command Mohammad Jeffry Lui Azman, 21, must also perform 80 hours of community service and his parents were bonded for $5,000 to ensure his good behaviour.

The NSF, who pleaded guilty on Nov 1 to causing hurt to Staff Sergeant Kenneth Ong Thiam Jun, 31, must also remain indoors from 10pm and 6am every day.

Jeffry and two friends had gone to a nightspot called Club Nexus at the Oriental Plaza shopping centre in New Bridge Road at around 1am on Jan 1 this year.

After sharing three "towers" of beer and a bottle of liquor, the trio left the club at around 3.30am.

They were near the entrance of the mall when Jeffry approached another group of men and started mumbling incoherently.

The court heard that he suddenly became agitated and raised his right fist, causing one of his friends to rush forward and pull him away.

His other friend apologised to the group, telling them that Jeffry was drunk.

A group of police officers, including Staff Sgt Ong, later arrived at the scene due to the commotion.

Two of the officers were interviewing Jeffry and his friends when the NSF suddenly hurled an expletive at Staff Sgt Ong before challenging him to a fight.

Deputy Public Prosecutor Colin Ng had said that the two men then struggled as Staff Sgt Ong tried to break free, and both of them fell to the ground.

Staff Sgt Ong landed on his back and Jeffry fell on top of him.

Jeffry then placed his hands on Staff Sgt Ong's neck and choked him for about five seconds.

The other police officers stepped in and the NSF was arrested.

Staff Sgt Ong went to the Singapore General Hospital where he was found with injuries, including multiple marks on his neck and an abrasion on his left shoulder. He was given two days of medical leave.

For assaulting a public servant, Jeffry could have been jailed for up to seven years and fined or caned.