Off-duty cop who subdued scissors-wielding teen in Bedok Mall: "It's a police instinct" 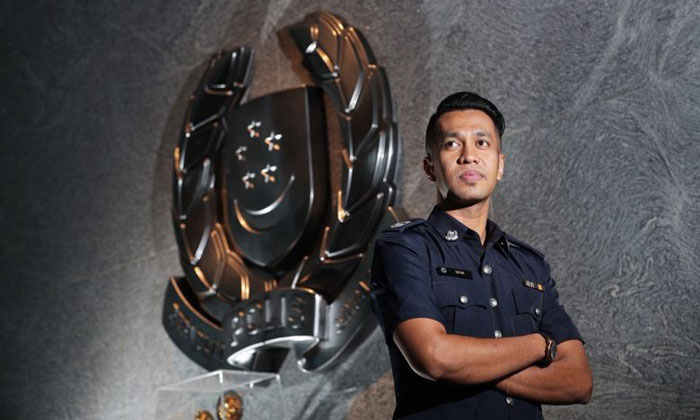 An off-duty police officer who subdued an 18-year-old teenager who entered various shops in Bedok Mall while wielding a pair of scissors on Dec 27, said he was heartened by members of the public who came forward to help.

Station Inspector Sofian Othman was on leave that day and had just bought himself a sandwich and a bottle of water for dinner at around 5.45pm when he heard a commotion behind him, reports The Straits Times.

He saw the disoriented 18-year-old holding a 10cm-long scissors while shouting and gesturing aggressively.

He was seen going into shops and sweeping products off shelves.

Station Insp Sofian, 35, waited until the teenager was distracted before disarming the teen from behind at watch shop H2 Hub.

With the help of four other men, Station Insp Sofian then pinned the teen down.

The cop, who has 14 years of experience, said that he was heartened by the reaction of the public in view of the current security climate and noted the efficacy of the SGSecure programme.

"I had coordinated with one of the men. I was glad that the members of the public were alert and came forward to assist. I'm happy that we can rely on the public in a crisis.

"It was important to take him down as the mall was crowded that evening."

He offered the teenager the bottle of water he had bought for himself to calm him down.

The teen, who has a history of mental health problems, was arrested for public nuisance after police arrived on the scene.

Station Insp Sofian, who was speaking at a media interview on Jan 4, has intervened in other situations while off duty, but none were as dramatic as the incident on Dec 27.

He said: "The other incidents were mostly arguments.

"I'm alert 24 hours, even when I'm overseas. It is a policeman's first instinct. I didn't want him to cause harm to others and damage property."

Investigations are ongoing. The maximum penalty for public nuisance is a $1,000 fine.