New chillout corner for residents? No, it's clutter at Anchorvale void deck 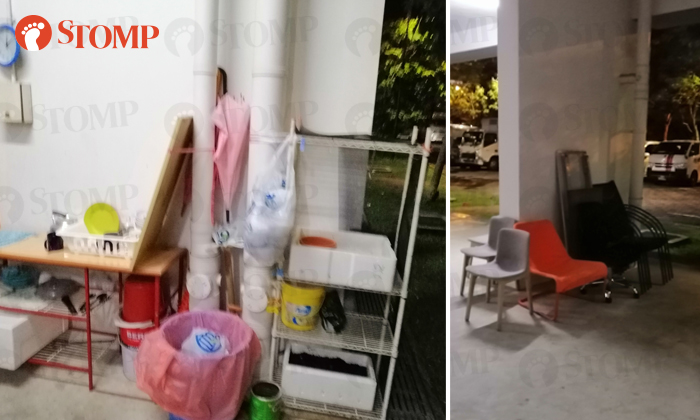 A resident is increasingly frustrated over furniture and other bulky items that his neighbours have left at a Housing Board (HDB) void deck in Sengkang.

Stomper Jason, who lives at Block 350 Anchorvale Road, shared photos of the clutter that he took on November 22.

The pictures show numerous tables, chairs and pails at the void deck. Cups, dishes and a rack can also be seen.

According to Jason, the items are not abandoned clutter. Rather, they are actively being used by residents.

He said: "This has been going for almost six months and recurring almost every day, despite multiple feedback. However, nothing is being done and no action has been taken so far.

"I feel very disappointed and frustrated."

Stomp has contacted the relevant authorities for info.