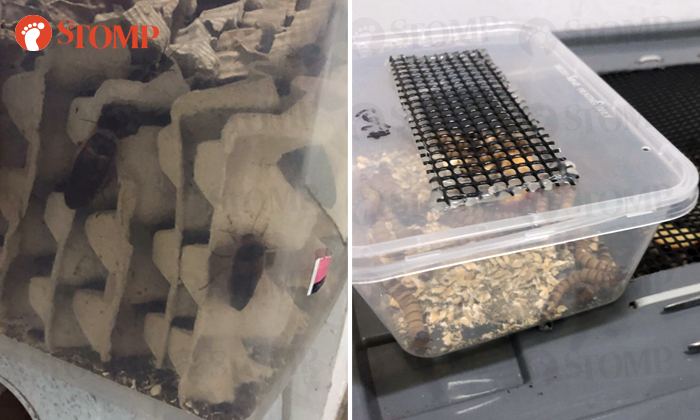 Clutter at common spaces of HDB blocks has been a long-standing issue plaguing residents everywhere, regardless of which estate you live in.

Furniture, plants and other bulky items obstructing common corridors, lift lobbies and staircase landings are all concerns that Stomp has reported on.

But imagine being greeted by live animals and pests whenever you go out or return home.

This was exactly what Stomper D had been experiencing at Block 468B Fernvale Link, apparently for months.

"There are worms alive inside a small plastic container with food inside as well. Below the bigger container, you can see a paper tray used for holding eggs with live cockroaches and there is food inside too.

"Moving down to the Level 4 staircase, I saw a blue cage with three small parrots inside. These lovely birds were abandoned outside at the staircase, and the floor is all soiled with birds droppings and food." 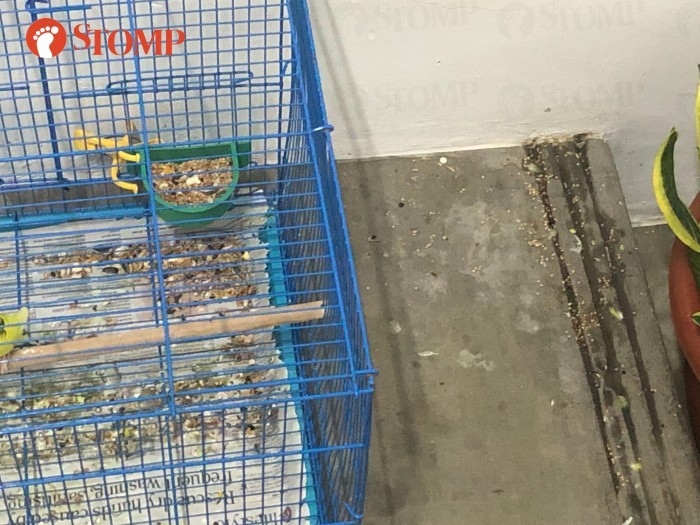 D said that the birds also create "a lot of noise".

He added: "With the birds' noise as well as the insects and pests being left in common areas of the block, this has not only caused great stress but might also result in health issues.

"I wrote to the authorities before and was told that they have warned the flat owners. But now with these pests left outside at common areas, I don’t think anyone will own up."

In response to a Stomp query, a spokesman for Ang Mo Kio Town Council said: "We have informed the resident to remove the items (being the bird cage and storage bins) placed at level 4 and 5 staircase landings.

"The resident has since removed the items, and the area has been cleaned up from bird droppings and leftover food."