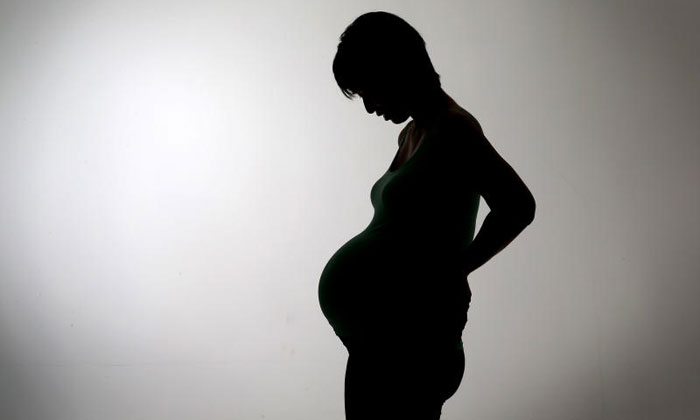 Angela*, 35, could have stayed with her unfaithful husband after giving birth. Instead, she chose to raise her baby alone as a single mum. She shares her story with Melissa Wong.

"My husband, Adam* and I were thrilled when we found out that we were going to have a baby.

We had been trying for a couple of years to fall pregnant naturally and were close to giving up, so to discover that we were going to be parents the following year was music to our ears.

But my happiness was short-lived because when I was just over eight months' pregnant, I learnt that my husband of four years was having an affair.

Not long after I found out I was expecting, my sex life took a hit.

Even though I knew it was safe for pregnant women to have sex, I didn't want to jinx my pregnancy, so I initiated sex with Adam a lot less often and turned down sex with him on more than a few occasions.

We still engaged in other forms of sexual intimacy, though, like oral sex, but I figured he understood where I was coming from and didn't have a problem with me wanting to skip sex.

As my belly grew I also felt less attractive. They say that a pregnant woman is a sexy woman but I didn't feel that way.

I moved around awkwardly, felt fatigued half the time, had swollen ankles and felt extremely bloated, and experienced a bad case of acne. I also stopped wearing figure-hugging outfits and sexy underwear, and lounged around the house or went out in oversized, tent-like dresses. I looked horrible most days, like a blimp covered in pimples, and sex was the last thing on my mind.

By my seventh month, my husband and I hadn't had sex in more than four months. Around this time, I also noticed that he seemed distant but put it down to work stress.

A few weeks before I was due, an old neighbour told me that she saw Adam in Johor Bahru. He was shopping with a woman who clearly wasn't me. I was gobsmacked.

When I told her that she must've spotted a man who only looked like Adam, she replied that her husband had taken photos of the pair.

She said that they didn't want to get involved in my marital issues but they had actually seen Adam on more than one occasion with the same mystery woman. She insisted that there was no mistake about it. When she showed me the photos on her phone, I felt so weak and light-headed that I had to sit down.

Confronting the truth about his affair

I felt a whole spectrum of emotions after seeing the photos. I was hurt and angry but also confused.

Why did Adam feel like he needed to cheat on me? I also felt that he had betrayed our unborn baby, which amplified my anger.

I was in tears and inconsolable the rest of the day. When Adam arrived home from work, I asked him what he had been doing in Johor Bahru the previous few weeks.

He acted as if he had no idea what I was talking about, but then I told him that I had photographic evidence of him shopping and eating in Johor Bahru with another woman.

There was no way Adam could deny being in Malaysia with another woman. But instead of taking responsibility for his shameful behaviour, he put the blame on me! I couldn't believe it.

He told me that after I started getting bigger he no longer felt sexually attracted to me. He also accused me of ignoring his sexual needs. He felt that I cared more about our unborn baby than him, and, out of anger, he decided to hook up with some random woman he met at a bar. He said that she made him feel "good" and "like a man". I was furious.

At that point, I just wanted him out of my life, and the sooner the better.

Raising Baby on her own

I was under so much emotional stress that I began experiencing labour contractions, which caused me to go into labour sooner than expected.

I was worried about losing my baby but the doctors reassured me that she would be okay.

When I delivered my baby girl, only my mum and sister were with me. I didn't want Adam around and only told him about our daughter a few days after she was born.

Adam and I hadn't really talked since I confronted him about his affair. I could no longer stand the sight of him so I made him pack a suitcase and asked him to leave. He moved back to his parents' house.

Adam brought his family to visit the baby when she was a few days' old. His parents were upset about our separation and pleaded with me to take him back and work on our marriage, but I politely explained my stance.

Adam had broken our marriage vows and there was no turning back - I had already made up my mind. Had he cheated on me once, I might have forgiven him, but as far as I knew, he had been photographed with his mistress on five separate occasions and that was simply unacceptable. He knew full well what he was doing.

I filed for divorce from Adam not long after giving birth. He didn't contest it. All he wanted was to see his daughter at least once a week and to be a part of her life. Even though he had been unfaithful to her too, I granted him those requests. He was, after all, her father.

Adam asked me numerous times to take him back, promising that he would be a better husband. I could tell he meant it but the damage had already been done. I know myself, and I knew that I would not be able to trust him again for as long as I lived. How can you stay married to a person you don't trust?

Adam helps me out financially but otherwise I've chosen to raise our daughter on my own.

The last three years have been tough so far, I'll admit, but I'd rather raise Krissa* as a single parent than have her grow up with a mum who doesn't trust her dad.

I don't want her to see her parents fight all day because of something that happened before she was born.

By raising Krissa on my own, I also hope to show her that a woman doesn't have to stay with a cheating husband for the sake of their children. That's not what a marriage should be built on. I wish Adam hadn't cheated on us but he did, and that's something I cannot forgive or forget."

Related Stories
SBS Transit CEO resigns over 'personal indiscretion' involving extra-marital relationship
Married man wants $30k back from mistress, says she replied: "It's $300 for each time we were intimate'
My daughter married my lover and he still wants me
More About:
cheating
affair
pregnant
relationships
confessions