My daughter married my lover and he still wants me 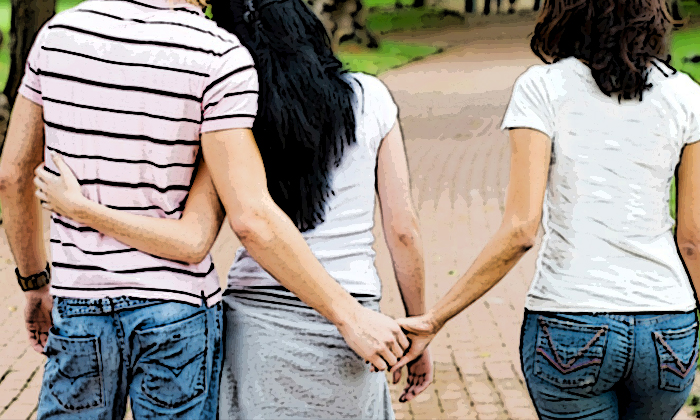 I am 53 and have been married for 23 years. We have five grown children. My life has been pretty amazing. I live in a big house, we have luxury cars and I run my own company with my husband.

But in my heart, I feel so lonely. I long for a romantic relationship. I need someone to talk to, someone to touch me and fill my desires.

Our affair escalated a week after we met. We contacted each other almost every day. We were like lovers and I fell head over heels for him. I knew it was wrong but it felt so right.

I employed him for my company and was very happy to work with him. We had lunch together every day, which made our relationship stronger. I bought him an expensive car and spent a lot on him. I didn’t think he was using me because whatever I did for him was out of love. In fact, he told me that he loved me too and wanted to be with me.

We shared our problems and exchanged intimate thoughts. He gave me something that I could never get from my husband.

Things changed when I introduced A to my eldest daughter, who was 33 at the time, and she fell for him. He told me he had no feelings for her. My daughter, on the other hand, said she wanted to marry A. I felt jealous of her, but at the same time, I was happy because he would be my son-in-law and would stay at my house. We could have dinner, shop and travel together. Our relationship would become stronger.

But I was wrong. They did get married and later, my daughter found out about my affair with A. They both left without telling us where they were going. I heard they had gone abroad.

It has been five years and I’m shattered. A and I still keep in touch and he told me that he missed me and wished he could come back to be with me.

Since then, I have stalked him on social media, and even stalked his whole family. I hired a private investigator for any information about him. I can’t get over him. I’m losing my mind and I cry myself to sleep every night. My husband thinks I miss my daughter but in fact, I really miss A.

I’m a bad mother but I can’t help it. I feel so lonely without him. Sometimes, he texts me and asks how I am doing. I feel happy to hear from him but it’s not enough because I want to see him badly. He promises to return soon for me. He says he still loves me even though he is married and he feels bored living with my daughter. I believe what he tells me because I’ve known him for more than 10 years. I know him better than my daughter and nothing can break us apart. He is good-looking and perfect for me. I can never forget the way he kissed and touched me.

The problem is, can my daughter forgive me? How can I undo everything and be a normal mother? I wish I could talk to someone about it but it is too personal and I don’t think anyone could understand my feelings.

I am a desperate woman and I need help.

You have framed your situation as a tragic romance with you playing the starring role. I think you need to see this from the outside.

There's nothing wrong with having a marriage end and starting a new relationship, but you chose to have an affair. Mistakes happen. People can make up and an affair need not devastate a relationship.

However, you didn't see it as a warning sign that you needed to stop and think. Instead, you helped your lover deceive and marry your daughter.

The two of you planned to use her while you continued your cheating. You thought only of your own convenience and pleasure.

I can't imagine how betrayed your daughter felt when she discovered what had been done to her. Again, you did not see her pain as a wakeup call.

She tried to salvage the situation by moving away but you and your son-in-law have maintained a secret emotional affair where he denigrates your child and promises to betray her again.

There is no romance in this.

You want to undo it all and reconnect with your daughter. My advice is this: cut ties immediately with your son-in-law. Nothing good can come out of your being in touch with him.

Block him on your phone and social media. Stop hiring PIs. Stop stalking.

Your daughter knows about the original affair and presumably, she understands what kind of person she's married to. I have no idea why she's keeping him on, however, that is her choice.

She made it clear she doesn't want to see you. As you spend most of your letter talking about how much you want her husband, contacting her now can only result in pain. I suggest you stay away from her too.

Instead, find a good mental health professional. Therapists deal with cheating, abuse and other regretful behaviour all the time, and so it's not too personal.

You need to evaluate where you are in your marriage, what your life goals are, and to get to a place where you live an honest and authentic life.

When you have sorted yourself out, there may be an opportunity to reconnect with your daughter. She has already forgiven her husband once and so there is hope for you.

But I am cautious because if she ever finds out about that emotional affair that lasted for much of her marriage, it may prove the final straw.

Talk it all over with a pro and see what your options are. Also, please do it quickly because these affairs never stay hidden for long. And when the details come to light, the fallout will be distressing for your husband and your immediate family. You've made a real mess of this; work quickly to try and stop it worsening.

Related Stories
Is my boyfriend seeing a married woman?
"My girlfriend and her ex-boyfriend are too close"
Secret life as a social escort in Singapore: "Can I really control who I develop a crush on?"
More About:
relationships
confessions
cheating
affair